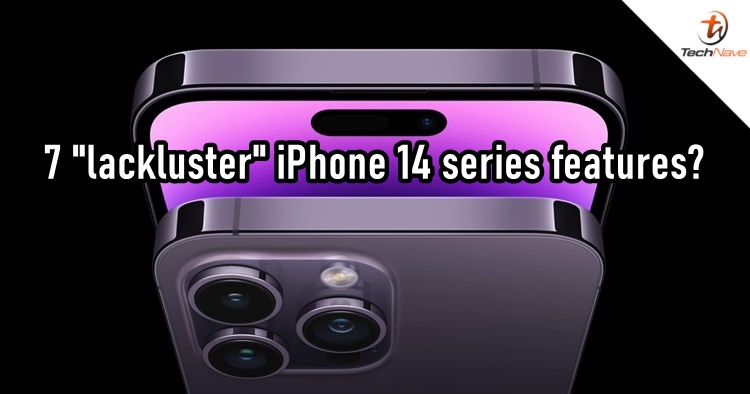 The iPhone 14 series is definitely the talk of the day. With the usual jokes and memes, criticisms and excitement going around, there's still no doubt that the iPhone is one of the most popular devices to get in Malaysia. While it doesn't seem there are many changes from the iPhone 13 series, we beg to differ.

If you missed watching the livestream and just want a summary, we've got you covered. Without further ado, here are the 7 new features of the iPhone 14 series that seem lackluster, but are secretly great improvements (technically speaking).

Generally, most consumers often go for the bigger phones because "bigger is better" (although that's not always the case). True to the previous reports, Apple did get rid of the mini lineup and replaced it with the iPhone 14 Plus. It has the exact same size as the iPhone 14 Pro Max at 6.7-inches. With this, we think most casual consumers would opt for the plus variant without sacrificing too much cash. However, the minus would be losing out on a few features such as the ProMotion 120Hz refresh rate, higher nit brightness and the Dynamic Island function. Oh well, at least it still has the Super Retina XDR display, Dolby Vision HDR and HDR10.

#2 The Dynamic Island is pretty cool

After all these years, Apple finally got rid of the notch but only on the iPhone 14 Pro and iPhone 14 Pro Max. While most Android phones have used the pill-shaped cutout before, Apple put a spin on it and introduced Dynamic Island. Arguably, this is probably the most innovative thing that Apple has done over the years. No other phones have this function

Because Apple still relies on the FaceID sensor, it's not that simple to go for the under-display route as the technology is not perfect yet. Anyway, the cool thing about Dynamic Island is that the notification animation will play around and interact with the pill-shaped cutout. For example, a phone call will enlarge the cutout with an animated calling notification. This goes the same for connecting AirPods, alarms and many many more.

We knew this would happen one day but not this soon. Apple surprised us by confirming that all the iPhone 14 series models will go pure eSIM. However, this is only for the US market as the first wave so we don't have to worry about that (yet). 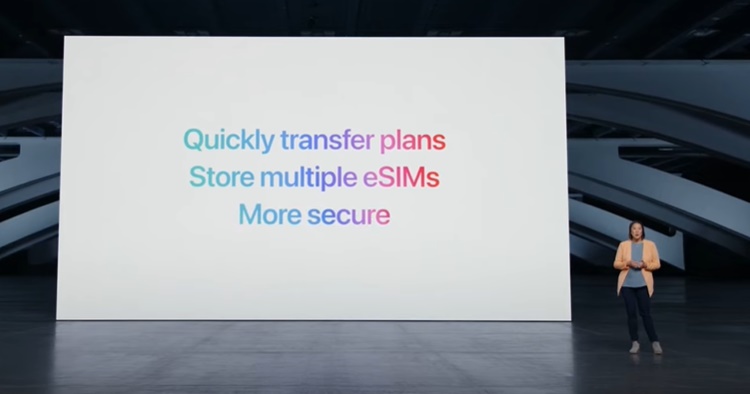 Here's what the eSIM feature can also do

Although we have eSIM services here in Malaysia, we think that not many iPhone users are ready for the transition just yet. Granted, we will all have to adapt and embrace future iPhone models and go fully eSIM at one point or another, so why not now?

No thanks to the global chip shortage, Apple's supply chain has also been affected. This has forced the company to rely back on the A15 Bionic chipset for the iPhone 14 and iPhone 14 Plus, but with a twist. This is a slightly upgraded A15 Bionic with a 5-core GPU instead of the original 4-core.

Going from 4-core to 5-core may seem like it doesn't make that much difference. But remember, a small bump in numbers still contributes greatly to the computational performance. This should enhance the camera performance, battery thermal efficiency, mobile games and Augmented Reality apps but we can't say how much just yet. 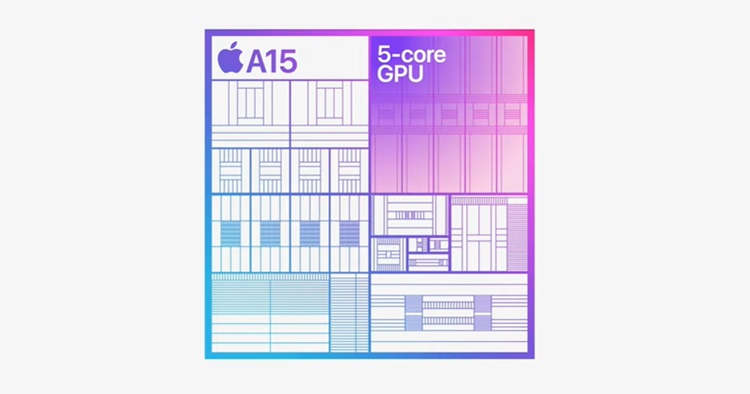 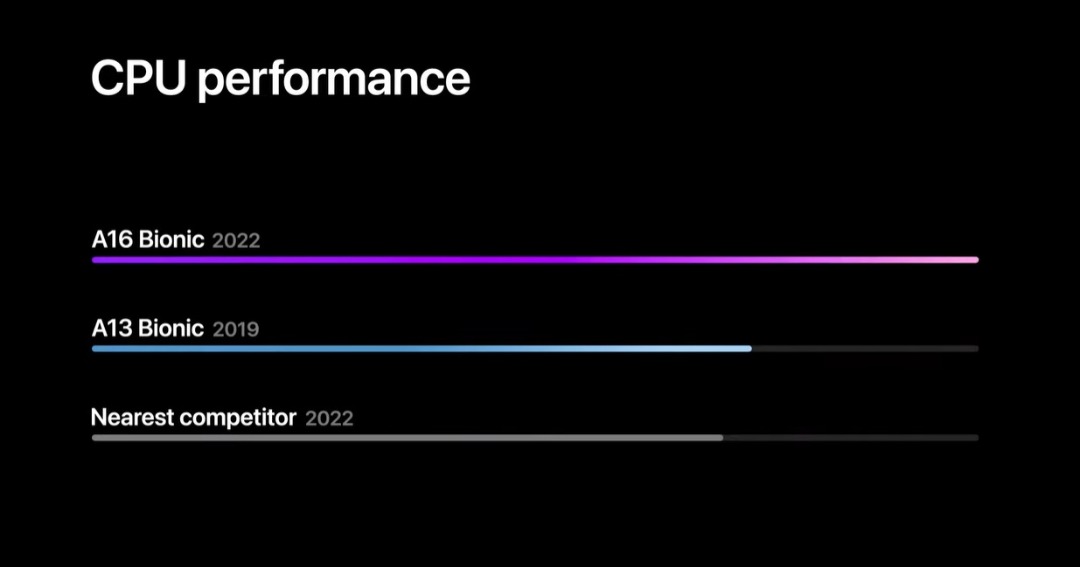 Meanwhile, the new A16 Bionic chipset is only exclusive to the iPhone 14 Pro and iPhone 14 Pro Max. Apple said the A16 Bionic's 6-core CPU is 40% faster than its competitors without mentioning the name. In any case, it was quite a burn (lol).

Another upgrade that many people may not understand is the new 48MP primary camera. These days, most Android phones have already reached 108MP so what's the hype? Well, the thing is even with 12MP, Apple iPhones can already take some amazing photos (as seen in our reviews here and here). Now imagine how far the iPhone 14 series camera performance can go with 48MP.

Not only did the primary camera on the pro variants get a massive pixel boost (4x resolution), but the sensors are now bigger, allowing it to capture more light. There's also a new Photonic Engine processor that refines the computational photographic capabilities further. On paper, this all sounds great but we can't wait to test it out with our own hands.

For the first time, satellite connection is now on the iPhone 14 series. If you're in an area that doesn't have telecommunication coverage, you can use any variant of the iPhone 14 to send an SOS emergency message via satellite contact. You can also use it to share locations with family members through the Find My app. That said, this feature is only for the US and Canadian markets for now. 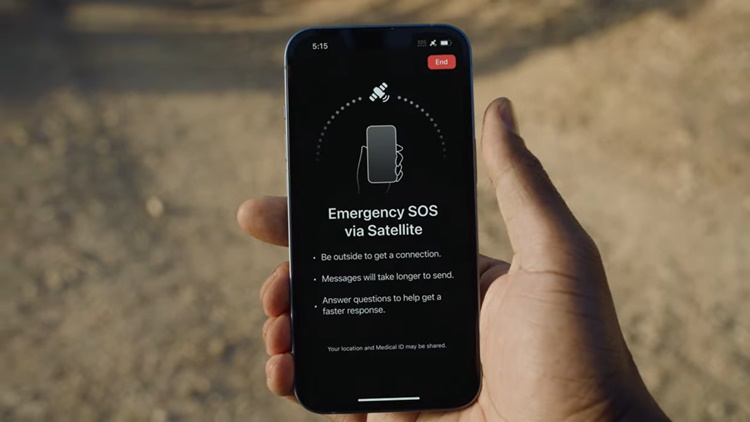 I wonder when we can have this in Malaysia 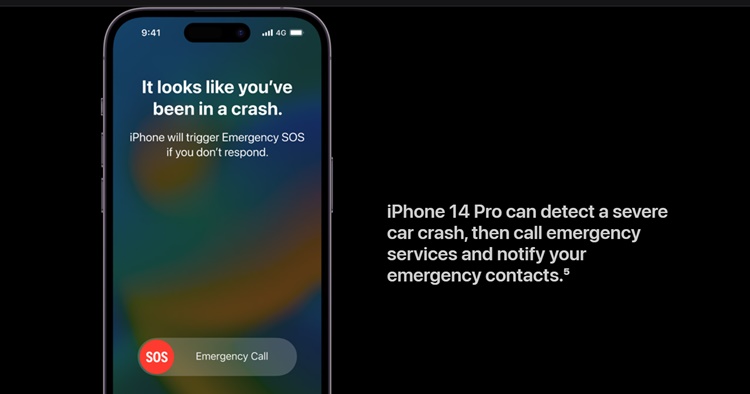 A useful feature that we hope you will never use

On the other hand, the iPhone 14 series can also detect if you happen to get into a car crash or accident. If you don't respond for a few minutes after experiencing it, your iPhone will trigger the Emergency SOS function and call the nearest emergency services and call your emergency contacts.

Last but not least, the Always-On Display (AOD) is a feature that is only available on the pro variants, not the iPhone 14 and iPhone 14 Plus. We decided to put it as an honourable mention because it's something that Android phones have had for years.

That said, AOD is often one of the culprits that drastically siphons the phone's battery life. So how would it be any different on the iPhone 14 Pro and iPhone 14 Pro Max? Well, the OLED displays are utilising LTPO technology that can dim the entire lock screen automatically, allowing it to utilize minimal power. The ProMotion function can also help to preserve the battery life down to 1Hz when not in use. So that's pretty much it. But what do you think of the new features that we just mentioned here? Let us know in the comments below and stay tuned for more trending tech news at TechNave.com.