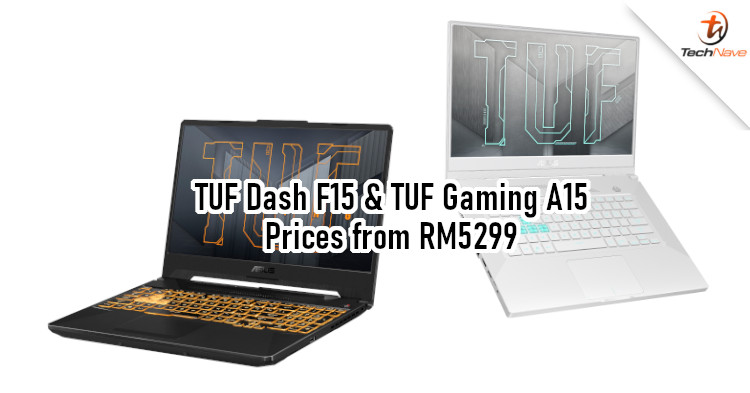 CES 2021 was held last week and we saw lots of new products being launched. Among them were the latest laptops from ASUS, including models for casual users and gamers. Now, ASUS Malaysia has confirmed that all of the new models will come to Malaysia, with the TUF series devices coming by the end of January 2021.

First up is the TUF Dash F15, which belongs to a completely new series. This laptop is the first TUF laptop that's designed to be portable, with a weight of just 2kg and a thickness of 19mm. However, it's still MIL-STD-810H certified and packs amazing specs. Under the chassis are the Intel Core i7-11375H CPU, 16GB of RAM, and an Nvidia GeForce RTX 3070. In addition to that, it has 1TB of SSD storage. 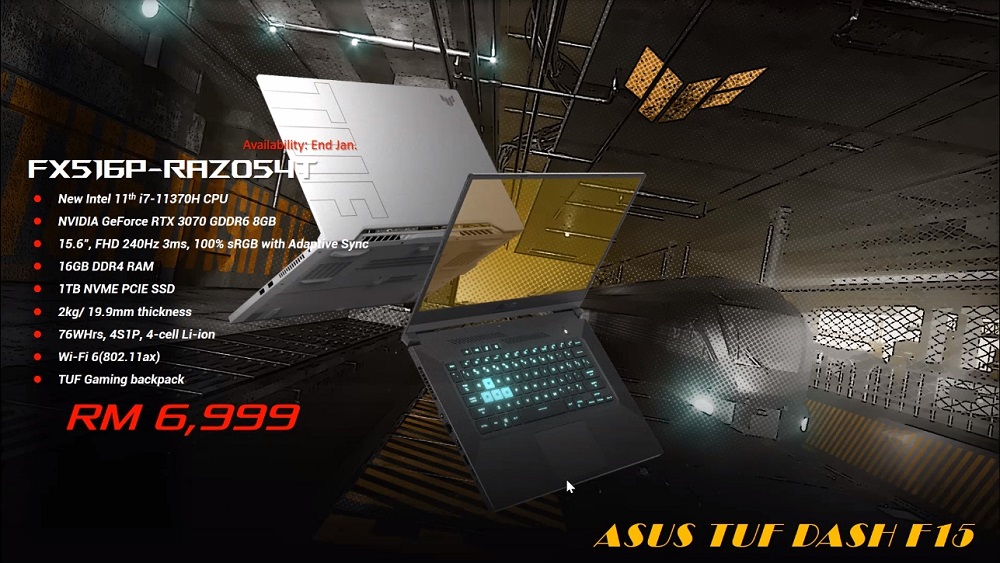 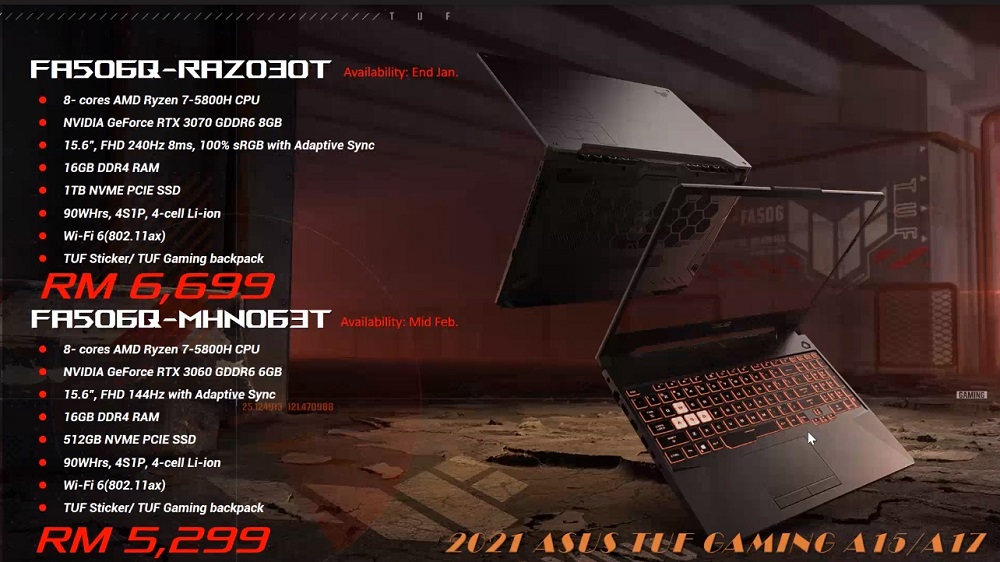 Next, there's the TUF Gaming A15 gaming laptop, which is a refresh of the model we reviewed last year. There are two variants of the laptop with different specs. The first one is equipped with the GeForce RTX 3060, 512GB of SSD storage, and a 144Hz display. On the other hand, the second variant has a more powerful RTX 3070 GPU, 1TB of SSD storage, and a 240Hz display. All variants have the AMD Ryzen 7 5800H CPU and 16GB of DDR4 RAM.

ASUS Malaysia has already announced the local prices for all three models. The new TUF Dash F15 will retail for RM6999, while the two variants for the TUF Gaming A15 will be priced at RM5299 and RM6699 respectively. Those are pretty affordable prices, considering the CPUs and GPUs they come with. 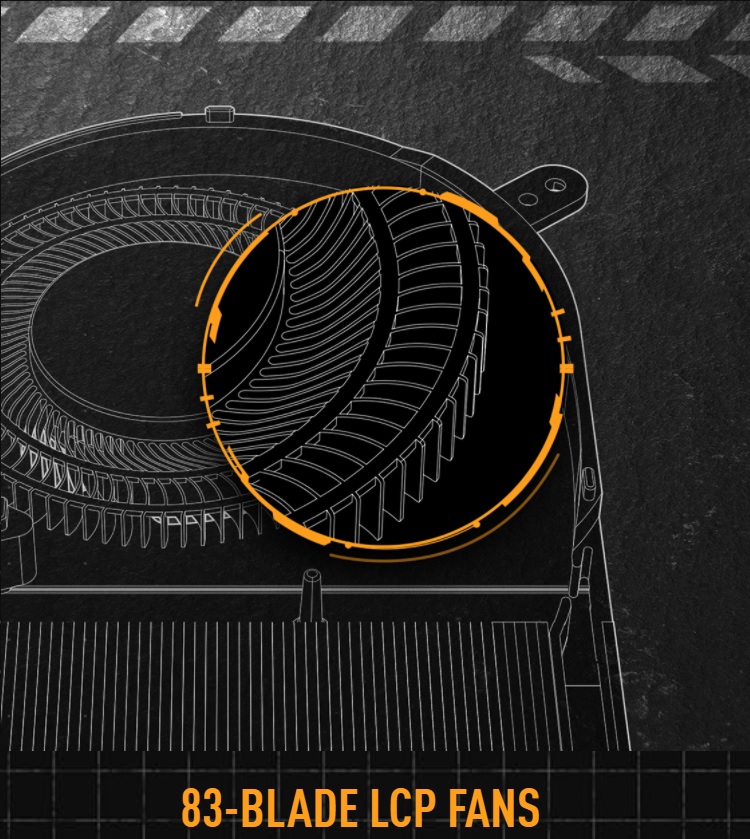 The TUF laptops now come with fans with more blades, which should improve thermal performance 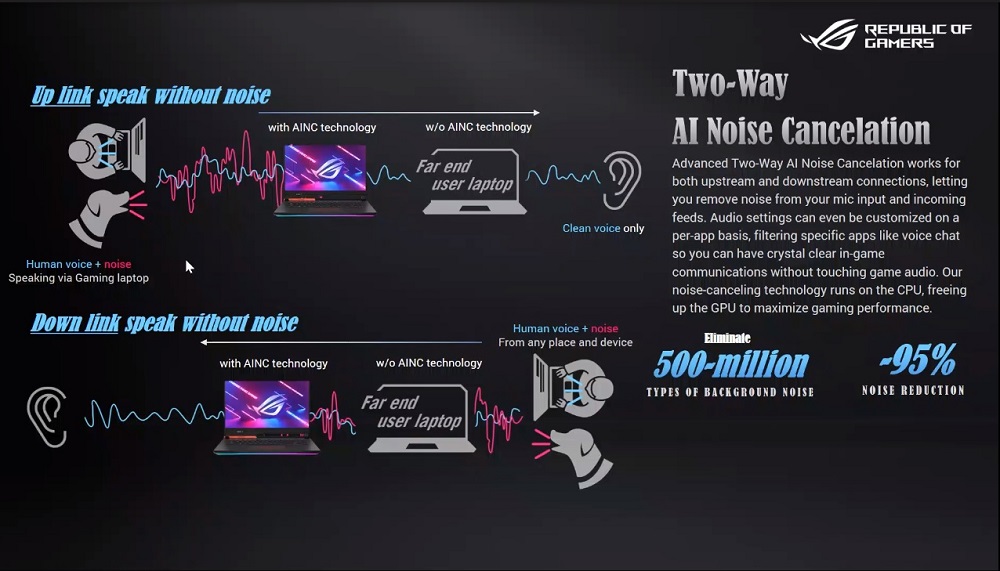 The new Nvidia GPUs come with a bunch of new features, such as this 2-way AI Noise Cancellation

Of course, that's not all that ASUS Malaysia announced. The company also confirmed that new devices for the ROG family that were revealed at CES 2021 would be coming to Malaysia soon. Specifically, a total of six new products will be arriving around mid-February 2021. This includes the ROG Flow X13, Zephyrus Duo 15 SE, Zephyrus G15, Strix Scar 15/17, Strix G15/G17, and the XG Mobile.

We'll be writing about the new ROG products once they've launched in Malaysia, so do stay tuned to TechNave.com for that. Aside from that, what do you think of the new TUF series laptops? Let us know in the comments below! 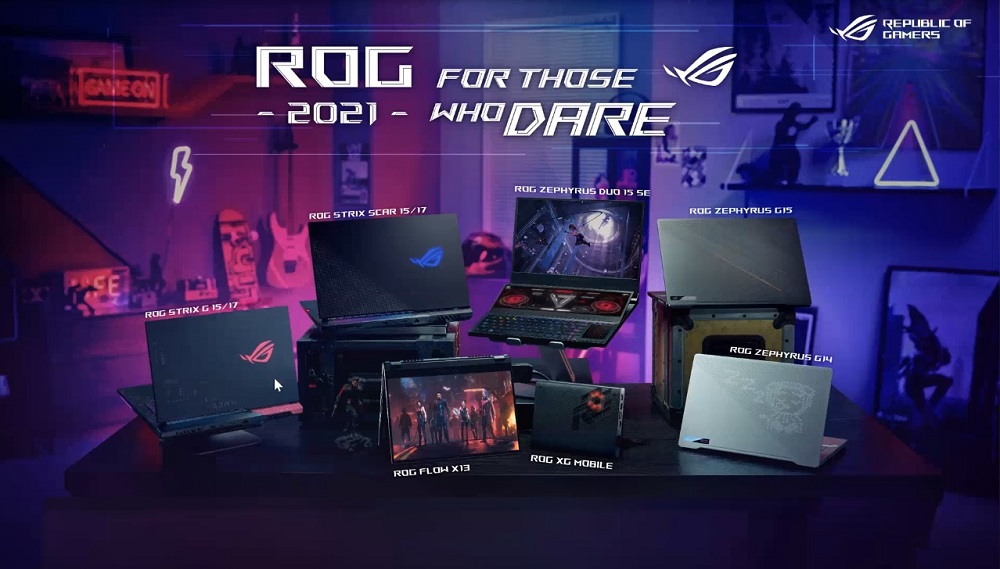