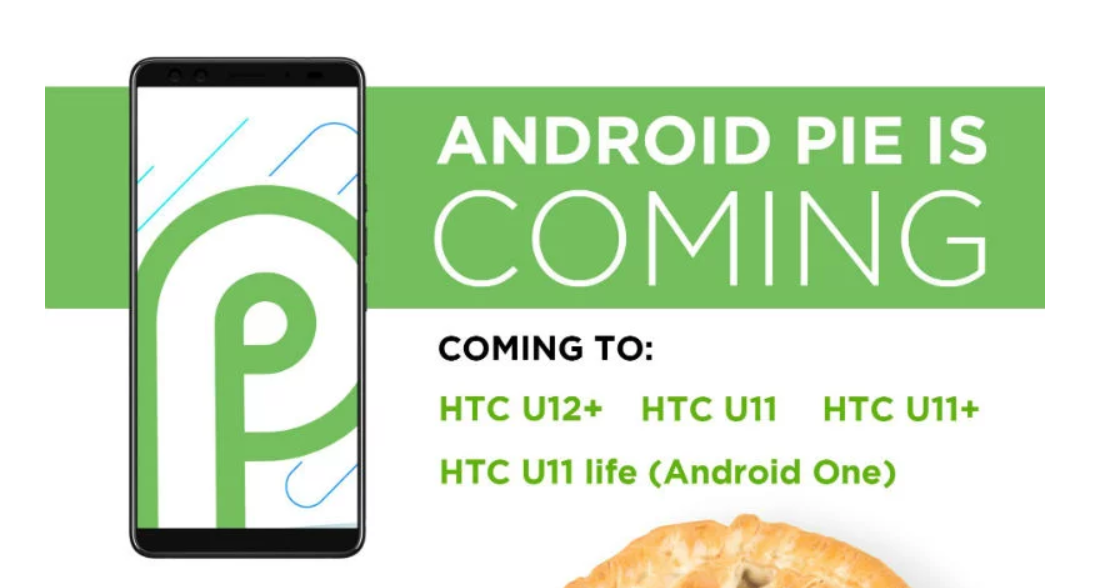 Most of you should already know about Android 9.0 Pie and it will be available on quite a number of Android phones this year. Aside from the Google Pixel series, it seems that both Sony Mobile and HTC have officially announced a list of phones that are getting the update via over-the-air (OTA).

Meanwhile, HTC's U12+, U11+, U11 and U11 Life (Android One) are selected to receive the update but the company didn't disclose the official date. Oddly enough, the Desire 12, U Ultra and U Play aren't on the list and the phones aren't too old for an update. On the other hand, the vivo X21, Xiaomi Mi Mix 2S, all new 2018 Nokia phones, OnePlus and OPPO are expected to get Android 9.0 Pie as well.

To refresh your memory, Android 9.0 Pie is bringing some new user interface updates such as the new navigation system, screen panel brightness, an adaptive battery and others. Stay tuned for more Android news at TechNave.com.