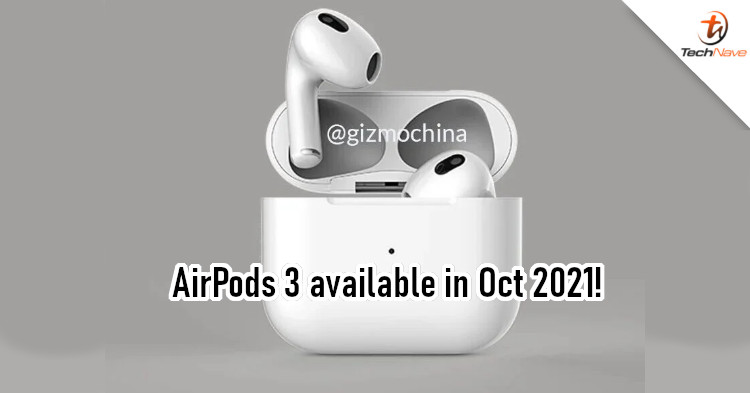 It's incredible when you think about it, but rumours of the Apple AirPods 3 appeared as early as February 2021. This proves that companies take time to launch their products. Most rumours that far back shouldn't be taken too seriously because things can change, but the latest one about the launch window could be accurate.

According to Digitimes (via Gizmochina), the Apple AirPods 3 is currently in the production stage and the suppliers have begun to ship the completed product to Apple. The company's new TWS earbuds may be announced in October 2021, before officially going on sale later in the month. In fact, it could be launched with the new MacBook Pro laptops, which are also slated for release next month.

So, what has Apple improved in the new model? Interestingly, well-known analyst Kuo Ming-chi believes that the new model will actually have a sensor to measure a user's body temperature. It's also expected to come with motion sensors and an upgraded audio chip, which can support Lossless Audio for Apple Music.

While the new iPhone 13 series might not be what everyone would upgrade to, the new AirPods 3 could provide enough of an upgrade to be worth it. What do you think, do you have any plans to get the new AirPods? Let us know in the comments, and stay tuned to TechNave for more news like this.