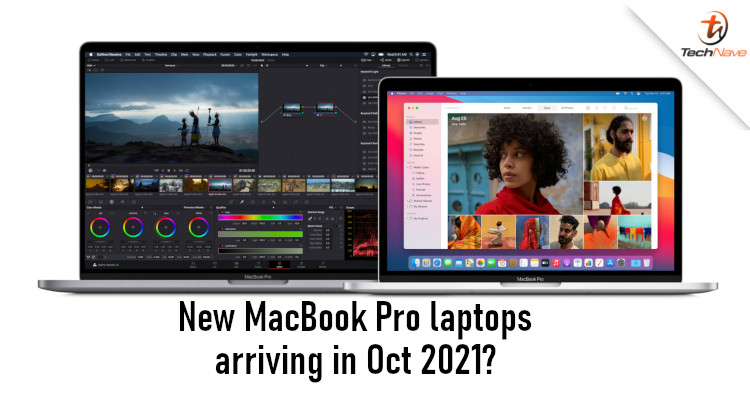 The Apple iPhone 13 series is finally going to be unveiled this week. But if it's a new MacBook Pro you want, you might want to wait a bit more. The company is expected to launch new models with the Apple M1X chip, and sources have an estimated launch window.

According to Mark Gurman (via Wccftech), the Apple M1X-powered MacBook Pro will "hit the shelves in the next several weeks". Based on our experience with Apple launches, the company won't want to take attention away from the iPhone 13 series. In that case, it would mean that the new 14-inch and 16-inch MacBook Pro models will arrive in October 2021. However, expect availability in Malaysia to be later than that.

So, what exactly can we expect from the new chip? One source claimed that the Apple M1X could have up to 32 GPU cores (depending on variant). This would allow it to perform on par with an Nvidia GeForce RTX 3070 laptop GPU while having less than half the power draw. The new MacBook Pro is also expected to feature a 1080p webcam, instead of a 720p one.

Apple has been keeping quiet about what the new MacBook Pro laptops could have, so take the rumours with a grain of salt. Having said that, we're sure that the new models will be much better than its predecessor. What do you think? Let us know in the comments, and stay tuned to TechNave for further updates.