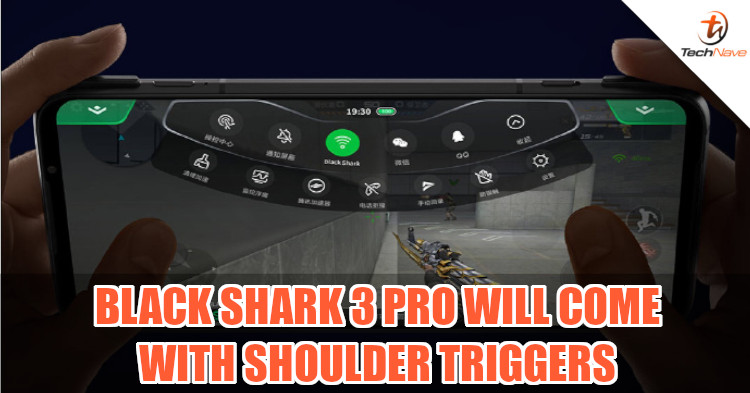 It's really starting to feel that the latest Black Shark gaming smartphones are coming soon. We've been getting a lot of news from the brand recently and this one's pretty interesting. In a series of official Weibo posts, it has now been revealed that the Black Shark 3 Pro will come with mechanical pop-up trigger buttons.

The buttons in question are built-in mechanical ones that will pop-up only when needed. According to Black Shark, the buttons will be able to pop-out 300000 times and the buttons can withstand 1 million clicks. It should be quite reliable and would last the user for many years to come. Since it's a pair of mechanical buttons (left and right sides), you can also expect it to deliver good precision and feedback when in use. Being a 5G device powered by a Snapdragon 865 chipset, the Black Shark 3 Pro is a powerful device that has managed over the 620k mark in the AnTuTu benchmark. Combined with its expected up to 16GB RAM, 120Hz display, and large 5000mAh battery, mobile gamers will likely find this device a very tempting purchase option.

The Black Shark 3 series will be launching soon on 3 March 2020, though there's no telling if it'll make its way to Malaysia officially. But with all the powerful flagship smartphones this year that may be cheaper, would you still want a fancy gaming device like the Black Shark 3 Pro? Let us know on our Facebook page and stay tuned to TechNave.com for more news like this.