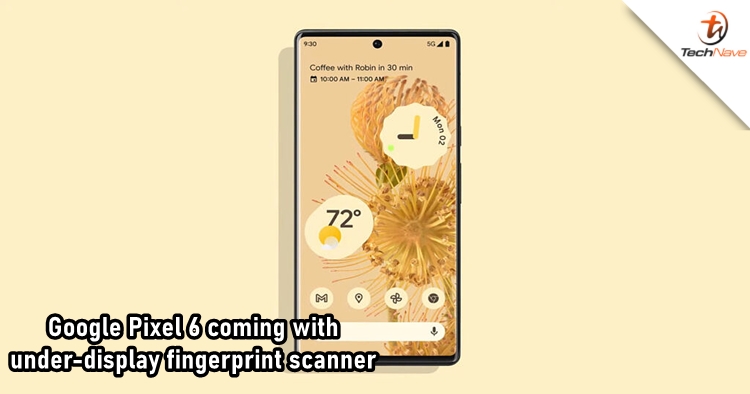 Besides a 50MP camera and support for 33W wired charging, we have come across a new report that reveals another feature of the upcoming Google Pixel 6 series. According to a screenshot shared and then deleted by Google’s senior vice president Hiroshi Lockheimer, the devices will also bring an under-display fingerprint scanner.

The screenshot shared by Lockheimer shows us the Pixel 6's lock screen UI with a fingerprint scanner icon located at the bottom of the screen, which confirmed the mentioned feature. Looking at the images shared by Google earlier, the Pixel 6 series has no physical fingerprint scanner on the back or the sides. Therefore, it makes sense for the upcoming devices to have one placed under the screen.

Other than that, the screenshot has also revealed another detail. It's spotted that the devices will have a resolution of 1440 x 3200. With all the tech specs and features that we know now about the Pixel 6 series, it's apparent that Google is aiming to make some breakthroughs with the coming flagship series. Therefore, no doubt that the Pixel 6 and Pixel 6 Pro would be pricey, as reported.

Can't wait to see the Pixel 6 series? Share your thoughts with us on our Facebook page and stay tuned to TechNave.com for more smartphone updates.