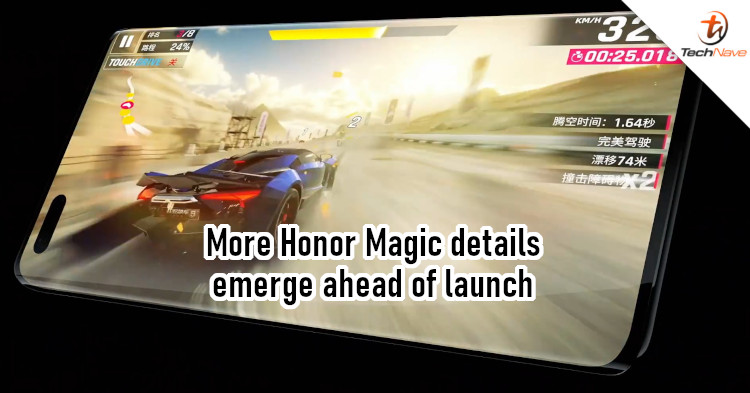 In a few more days, Honor will launch the new Honor Magic 3 - a new flagship smartphone series featuring powerful specs. Some of the details have been revealed in recent weeks, such as the chipset and variants available. Here are a few more details we've found out.

According to MyDrivers, the Honor Magic 3 is already available for reservations at offline stores in China. In other words, we can probably see more 'leaks' like live images even before the launch. Prices for the Honor Magic 3 and Honor Magic 3 Pro have not been confirmed, but it's suggested that the starting price would be 4000 yuan (~RM2605).

A separate source claims that there will be a variant with a design similar to the Huawei Mate 40 Pro, which comes with a 66W fast-charging and 50W wireless charging. It's also expected to have a quad-camera setup (50MP+64MP+64MP+64MP). It's also rumoured that there will be an Honor Magic 3 Porsche Edition. This variant will probably have more storage and a unique design, though no specifics were given.

We don't know if the Honor Magic 3 will launch in Malaysia, but will you be interested in it if it does? Let us know in the comments below! Also, stay tuned to TechNave for the latest updates on this device.