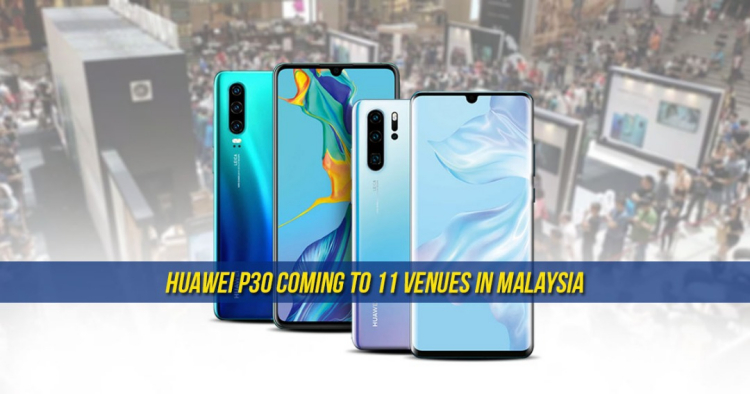 Remembering last year's  Huawei Mate 20 series and MateBook sales launch in Malaysia, Huawei Malaysia have confirmed that they want to bring the Huawei P30 series to fans and buyers even faster with 11 venues across Malaysia. With each sales venue confirmed to be held at a Huawei Experience Store, Kuala Lumpur alone will have P30 series sales launches in 2 locations.

The other 9 Huawei Experience Store locations will be in Penang, Kedah, Perak, Johor Bahru, Melaka, Pahang, Kelantan, Sabah and Sarawak, so no more travelling from far away just to get your Huawei P30 series device. Featuring a Kirin 980 chipset and powerful zoom-in capabilities, we expect the Huawei P30 series to also come with the Huawei Watch GT Active Edition and perhaps maybe even a MateBook or two on the side.

For now, Huawei Malaysia have confirmed that one of the freebies that P30 series buyers will definitely get is the useful Huawei Backup, which is a dual charger with pass through fast charging and built-in 1TB HDD that can automatically backup your smartphone data. We're currently on the ground in Paris getting ready for the Huawei P30 series global launch to happen, but Huawei still haven't revealed the actual promotion terms, Malaysia pricing or sales launch dates yet (although, they have hinted it could be on 6 April 2019 like Singapore) so we'll keep you posted when we get further information.

While you can definitely tune in to TechNave.com for the latest on the Huawei P30 series, you can also check out the global launch LIVE from Paris for yourself at the links below: