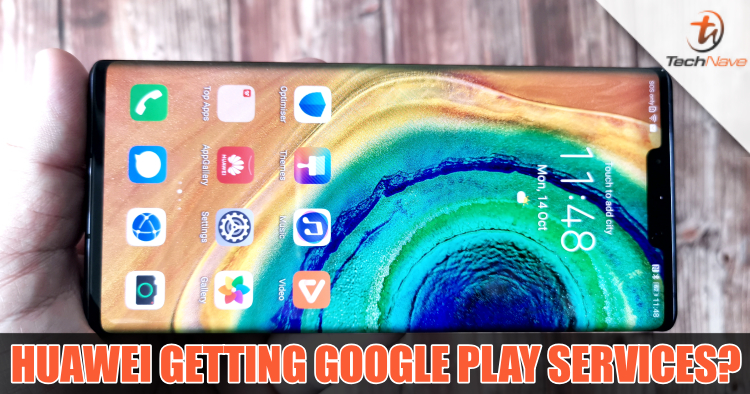 It looks like Huawei and their Huawei Mate 30 series, which includes the Mate 30 and Mate 30 Pro, could get official Google Play Services soon. The New York Times recently said that this could be due to the special licenses Trump recently said would be coming for US companies to be able to sell to Huawei without having to get permission from the US administration. No news when exactly this might happen but soon could be weeks or even days ahead as other US companies like Micron have already started to resume selling to Huawei.

This would mean that the Huawei Mate 30 series which recently got launched without any Google Play Store and Google Apps like Chrome or YouTube pre-installed, could soon get official access. Alternatively, Google could also be looking through the US Entity List ban rules and find out that they’re still legally capable of offering the complete version of Android 10 to Huawei, which is exactly what happened with ARM, who also recently resumed relationships with Huawei after confirming that their ‘US-based’ technology did not actually affect them.

This sort of syncs with what US Administrators have said about the special licenses which involves “widely available” US tech. We can’t think of anything which isn’t as “widely available” as the Google Play Store since Android has spread to become one of the most widely used mobile operating systems in the world. So, even if Google find that they are actually bound by those aforementioned rules, the likelihood of them getting a special license to then license Google Play Services to Huawei is quite high.

What do you think? If you could use Google Play Services on the Huawei Mate 30 or Mate 30 Pro would you go out and buy one? Would Huawei increase the price for new devices if they did? Let us know and stay tuned to TechNave.com