Current Location: Home > News > Leaked benchmark of Samsung Galaxy A52 5G may have been spotted

Leaked benchmark of Samsung Galaxy A52 5G may have been spotted 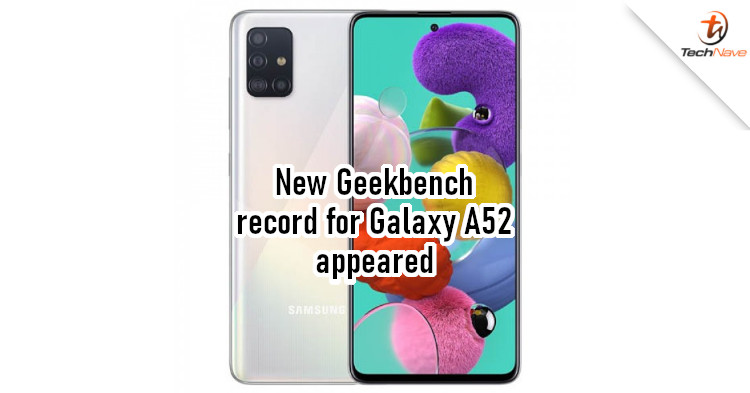 It certainly looks like Samsung is keeping busy, with multiple smartphones on the way. Not only have we been seeing rumours of the flagship Galaxy S21 series, but news of an entry-level Galaxy A12 and mid-range Galaxy A52 has been popping up too. Specifically, there's a new Geekbench record for the latter.

According to Abhishek Yadav, a Samsung device bearing the model number SGH-N378 has been spotted on Geekbench. He claims that the device will feature a Snapdragon 750G 5G chipset, 6GB of RAM, and runs on Android 11. For your information, the Snapdragon 750G comes is an 8nm chipset featuring Kryo 570 CPU cores, with two clocked at 2.2GHz and six more clocked at 1.8GHz. The GPU is the Adreno 619, as you can see from the screenshot below.

Judging by the specs revealed, this should be the Galaxy A52 mid-range 5G smartphone that was first hinted in September. If that's the case, this new Geekbench 5 result proves that the one we saw previously was for an engineering unit. Anyway, previous leaks also suggest that the phone will have a 64MP main camera. Also, there will be a variant of the phone with 8GB of RAM.

Of course, this is just our guess and it could be a completely different phone. But from the specs revealed so far, would you be interested in this phone? Let us know in the comments below and stay tuned to TechNave for further updates.