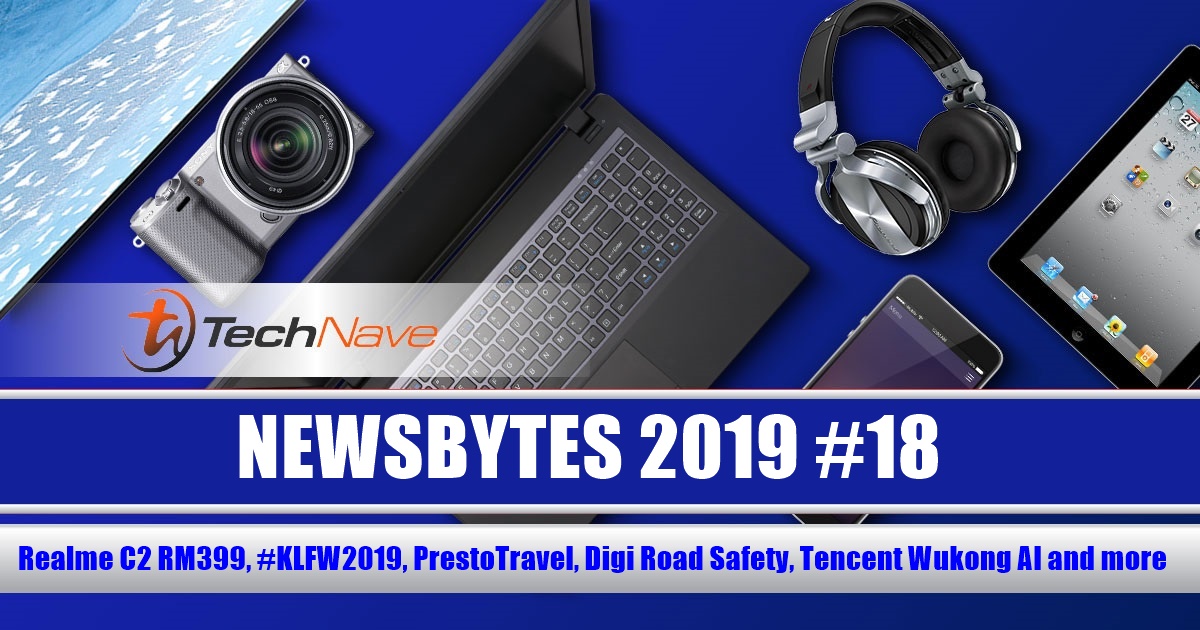 In this week's tech news recap, Samsung stole the show by unpacking the latest Samsung Galaxy Note10 and Note10+! Compared with the predecessor, it has several new features such as the S Pen Air Action, AR Doodle, PlayGalaxy Link, 3D Scanner and many more. Samsung Malaysia quickly soon announced the official local price starting from RM3699 and the series are now on pre-order which sold out quickly. Dayum son! We can't wait to get our hands on it for the review!!

Besides that, HONOR Malaysia shortly announced the HONOR 20 Pro price for RM2299 (not too shabby). If you're thinking of getting one, we just released our review so do check out the camera capabilities (#satisfied). Also, Huawei revealed its own HarmonyOS which can potentially replace Android and they should just do it anyway as a competition. Lastly, some #khabarbaik announcement by TM on new price slash for all Streamyx users at RM69/month and Unifi Air for RM79/month. Pretty cool, now onto the NewsBytes below.

Then for HP Malaysia, they recently announced a new collaboration with top local fashion designer duo, Rizman Ruzaini, as well as three homegrown Malaysian designers, Afiq M, My Apparel Zoo and Yadotsa. In conjunction with the Kuala Lumpur Fashion Week (KLFW) 2019. They will be the official notebook partner for this occasion with the world’s first leather crafted PC, the HP Spectre Folio which was released in June this year. 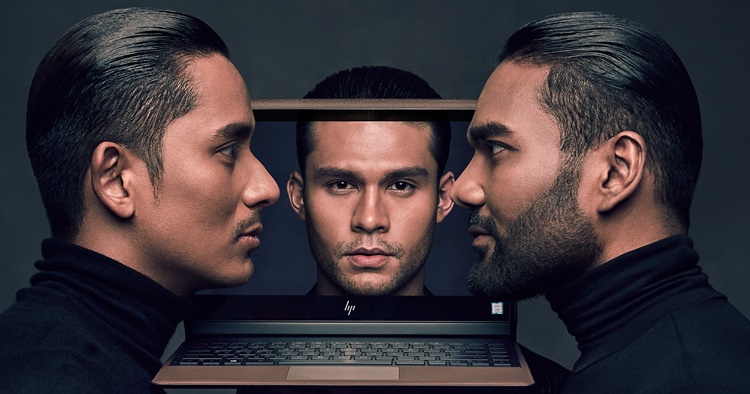 Besides that, fashion week attendees and consumers visiting the HP booth at Pavilion from 21- 25 August can stand a chance to win 1 x HP Spectre Folio worth RM9,999. All they have to do is:

In another local app news, Presto announced a new mini-app called PrestoTravel. As the name implies, it can be accessed through Presto app and connect travellers to enjoy holidays through travel bonuses and cashbacks, as well as Agoda where users can browse for 290,000 hotels at their fingertips.

Starting from 8 August 2019, travellers can purchase air tickets through Presto App, whether domestic or international all housed under one roof. On top of the already discounted deals from Agoda, by simply making payment with PrestoPay. The cashback Presto users can earn is limitless as it is based on the total transacted amount and it will be redeemable after they have checked out from their hotels or utilised the services. All transactions in the Presto ecosystem can be made via PrestoPay.

For more information, you can check out their blog here 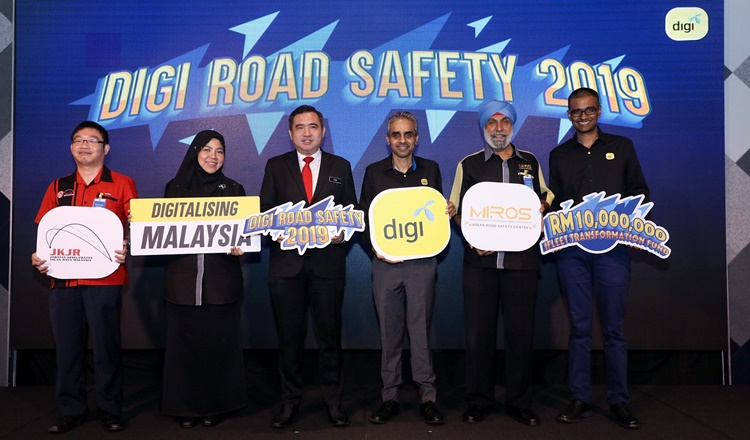 The vehicle telematics has technologies of sending, receiving and storing information about vehicles and drivers, using devices connected to the internet. To improve road safety by monitoring driver behaviour, the telematics collects vehicle data such as location, speed, acceleration, braking and cornering, which helps commercial vehicle owners and drivers make more informed decisions to improve vehicle safety on the road, which is a key component of Digi’s Road Safety Programme 2019.

The Programme is open to all SMEs and will run from now until 31 December 2019. To participate in Digi’s Road Safety Programme, visit digi.my/roadsafety.

As for Maxis, the telco delivered a steady performance for the quarter ended 30 June 2019. They reported a healthy profit after tax on the back of strong EBITDA and EBITDA margin and is on track to deliver on guidance for the year. The quarter saw consistent growth in postpaid and fibre subscribers, as well as continued stabilisation in the prepaid segment. Below is the video that sums up Maxis’ Q2 2019 financial results.

Meanwhile, OPPO recently signed a patent transfer agreement with Intel involving the transfer of 58 patents in areas related to cellular mobile communications technology. Additionally, OPPO has purchased rights to over 500 patents from Ericsson, covering countries and regions including the US, Europe, China and India. Securing communications patents from Intel and Ericsson will serve to bolster OPPO’s technological development capacity as the company grows its business in global markets.

In other parts of the world, Tencent's own Wukong AI defeated pro-gamers of "Honour of Kings" World Champion Cup during the semi-finals round. The game, also known as Arena of Valor, is considered to be an excellent experimental environment for testing AI's technical capabilities. The complexity of the game is 10 ^ 200000, and players have incomplete information. Many AI researchers in the industry believe that the next AI milestone is likely to be born in a complex strategy game. 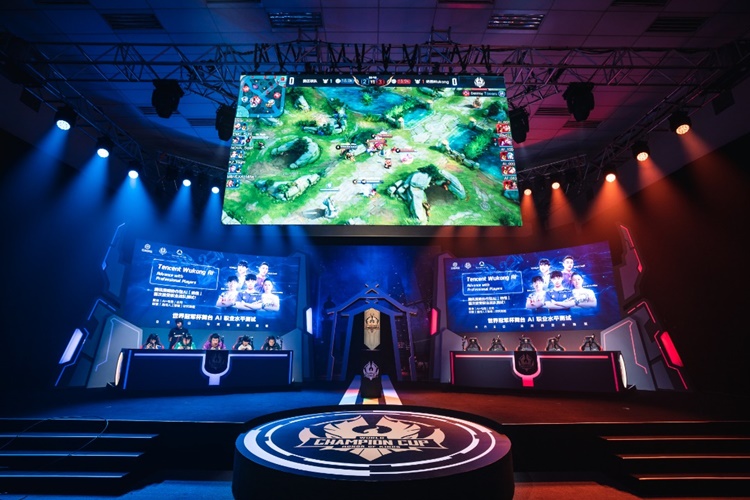 Following the test, Tencent AI Lab technicians shared the technical details of Tencent Wukong AI. Tencent AI Lab has established an algorithm with an enhanced learning model based on “observation-action-reward”. Tencent Wukong AI plays against itself and can train at the equivalent of more than 400 years of games per day, allowing it to learn basic techniques such as how to avoid skill damage. It can also explore new strategies which differ from what one usually observes in human players.

Just in case we ever get overtaken by robots one day. You can blame Tencent for this.

From the PC component market, AMD has yet again released a new 2nd Generation of the AMD EPYC™ family of processors, the AMD EPYC 7002 series. It features up to 64 “Zen 2” cores per SOC, 2nd Gen EPYC processors deliver up to 23% more instructions per clock (IPC) per core on server workloads and up to 4X more L3 Cache compared to the previous generation. This piece of hardware is being adopted by customers like Microsoft Azure, Cray, Dell, and more.

For more information about the 2nd Generation AMD EPYC, you can visit the AMD site here or read more about the more than 60 ecosystem partners supporting AMD EPYC here and at their blog here.

In conjunction with the International Day of the World’s Indigenous Peoples, Google Malaysia celebrated our own Orang Asal with Google Earth Outreach program. We mentioned this before in our NewsBytes 2019 #4 post, where they use this tool to raise awareness of their communities’ way of life and plight, as well as allowing them to monitor activities such as illegal logging, wildlife population and migration patterns, as well as document their ancestral lands. As for us, the Google Earth Voyager feature gives us access to these rich stories from around the world brought to life by video, 360-degree visuals and satellite imagery.

Mapping expert Jef Yangman of Jaringan Orang Asal SeMalaysia (JOAS) shared updates on the ongoing Google-sponsored nationwide indigenous mapping initiative, enabling these communities were able to map out land boundaries, land-use systems, resource sites, geo-historical sites and places of religion-spiritual significance. So far 50 villages have been mapped out this way. You can check out Google Earth Voyager to explore many more indigenous cultures and people from around the world.

Finally, MSIG Malaysia has launched Cyber SafeGuard, an insurance product designed to protect businesses of all sizes from the growing range of cyber risks proliferating in the ASEAN region.

In addition, it also includes support for the appointment of an expert IT forensics company, the cost of a public relations consultant to assist with the management of any reputational damage, the cost of a legal firm to advise on legal obligations, restoration costs, interruption losses, liability claims, extortion loss and regulatory costs. There are also various optional enhancements that customers can choose from, to enhance their protection based upon their circumstances and needs.

That's all, folks. Now make me a sandwich and stay tuned for more NewsBytes at TechNave.com.