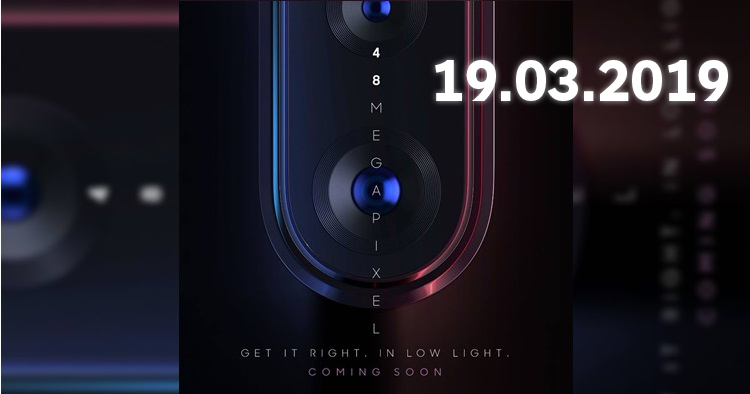 OPPO Malaysia had announced that we can be expecting the OPPO F11 Pro smartphone in Malaysia some time this month. Now we finally have a date and it will be on the 19th of March.

The OPPO F11 Pro was recently launched in India. The device features a 48MP + 5MP dual rear camera setup and like the recently launched vivo V15 Pro, comes with a pop up selfie camera but this device houses a 16MP sensor. If you’re worried about moving parts on the device, the company had mentioned at the India launch that the device’s pop-up camera’s durability is rated for up to 100 pop-ups a day for 10 years. From the launch of the F11 Pro in India, we have an idea that the device may have tech specs that include the MediaTek Helio P70 chipset, 6GB RAM, 128GB internal storage and a 4000mAh battery capacity. Besides that, it comes with a 6.53 inch display.

In addition, we can also find other interesting features on the device such as Ultra Night Mode, VOOC 3.0 (charges the device 20% faster than before), Game Space and Hyper Boost. The last two features increases the performance of the smartphone while gaming and using apps. So far, we know that the device comes in 2 colours: Aurora Green and Thunder Black.

We’ll most likely know the Malaysia price on the day of the launch but from the India launch, we can speculate that the price should be around ~RM1443. Coincidentally on the same day, the Redmi Note 7 is set to be launched in Malaysia as well. Could this be just a simple coincidence? For the latest smartphone releases, TechNave.com will be the one to let you know!