Today, Samsung Electronics Co., Ltd. unveiled its new CH711 Quantum dot curved monitor at the 2017 Samsung Southeast Asia and Oceania Forum, by reinforcing their curved display portfolio with the previously-released CFG70 and CF791 Quantum dot gaming monitors, which was shown in Malaysia last month, the CH711 is available in 27 and 31.5-inch.

Obviously designed for gamers, the new gaming monitor features a 1800R curvature and an ultra-wide 178-degree viewing angle, its ergonomic design also allows viewers to adjust the monitor’s horizontal and vertical positioning for their comfort. Along with the combination of 125% sRGB color coverage and 2560 x 1440 WQHD resolution, the CH711 sets a new standard for detailed color appearance at any distance. 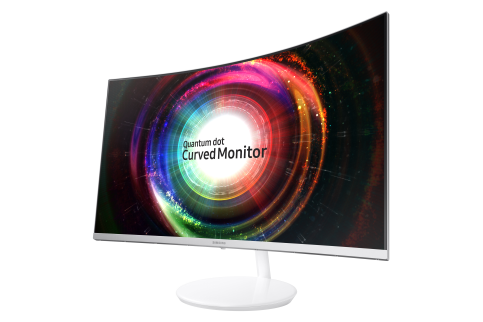 The designers also made the monitor to be sleek, with the 360-degree design complementing any desktop or decor. The three-sided boundless design also neatly hides its power and HDMI cables out of sight inside the stand’s neck. Overall, it's similar to the CFG70 (check out how it looks like here), just better tech-specs.

Entertainment connoisseurs throughout the region will be able to purchase the CH711 in April 2017, and below are some of the other Samsung products that were showcased today, click either one of the links to check them out: