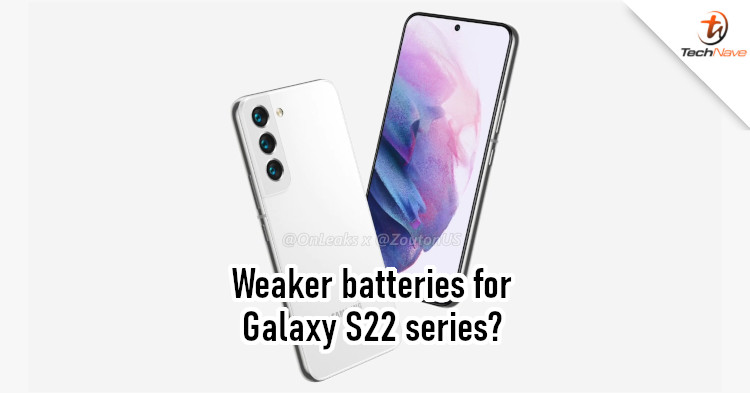 Render by OnLeaks via Zouton

Some people are saying it's too early, but speculation of the Samsung Galaxy S22 series have already begun popping up. There are rumours and renders of the brand's flagship phones next year. And now there might be solid proof of the Galaxy S22's battery capacity.

According to Sammobile, sources have provided real photos of the battery for the Galaxy S22. The model number EB-BS901ABY battery has a rated capacity of 3590mAh and a typical capacity of 3700mAh. For comparison, the Galaxy S21 has a 4000mAh battery. If this battery belongs to the Galaxy S22, it means that it has a notably smaller battery. 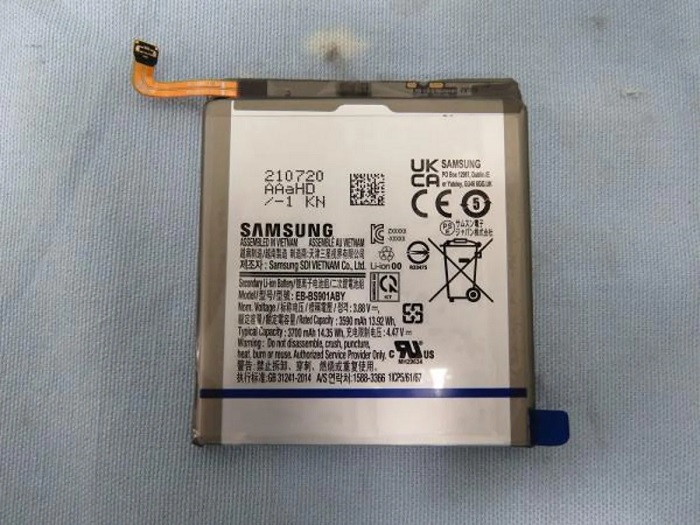 This is allegedly the Galaxy S22's battery

This lines up with a previous rumour, which also claimed that the Galaxy S22 would have a more compact body and a smaller 6.06-inch display. Sources also claim that Samsung will rely on the Exynos 2200 chipset for the new model, instead of the upcoming Snapdragon 898. The former will allegedly have much better power efficiency, so that would justify the smaller battery capacity.

Mind you, we can't confirm that the photos are really for the Galaxy S22 so take the news with a grain of salt. Having said that, would the smaller battery affect your decision to buy the Galaxy S22? Share your thoughts in the comments, and stay tuned to TechNave for more news like this.