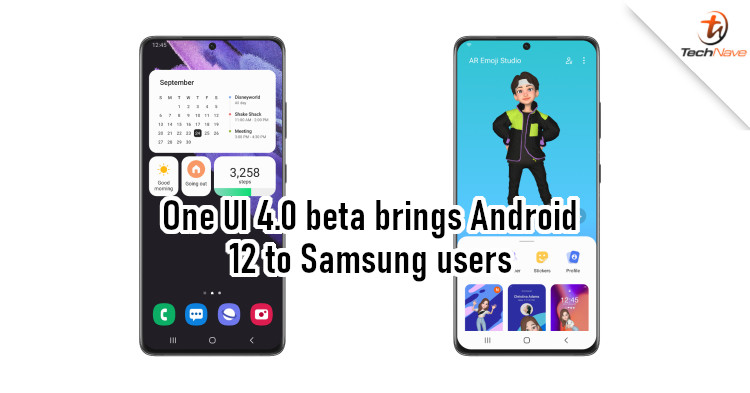 If you recall, Android 12 was officially released yesterday. Smartphone brands were quick to announce custom UIs based on the new version. OPPO, Xiaomi, and realme already have their versions, and now Samsung is part of this gang with One UI 4.0 beta.

According to Phandroid, Samsung is rolling out One UI 4.0 beta will have an emphasis on customisation and privacy. Interestingly, One UI 4.0 won't feature the Material You design that's new in Android 12. Instead, the company will stick with its custom theme. Also, this beta is only available for those who have a Galaxy S21 series smartphone in selected countries.

One UI 4.0 will come with new features like RAM Plus, which allows Samsung Galaxy devices to have an extra 4GB of virtual RAM. Samsung is also updating the theme engine and widgets in One UI, making it easier to customise your icons, wallpapers, and more. There's also a Privacy Dashboard that lets you easily check what permissions are granted to your apps, or whether your microphone or camera is in use.

Malaysia doesn't have access to the beta yet, but we're expecting it to be available in the next week or so. For those who've managed to manually get the update, how is it working for you so far? Let us know in the comments, and stay tuned to TechNave for more updates about it.