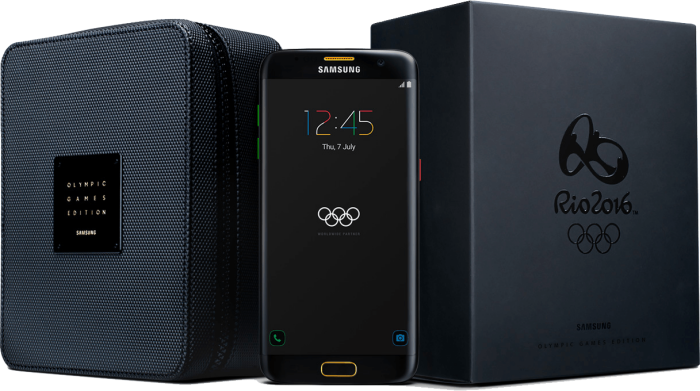 We have seen the earlier report here, and now it is official. Just in time for the upcoming games, Samsung has just announced the Samsung Galaxy S7 edge Olympic Games Edition, to celebrate its partnership with the Rio 2016 Olympics.

Samsung has teamed up with the International Olympic Committee to provide all 12,500 Olympians competing with a Galaxy S7 edge Olympic Games Edition and a pair of Gear IconX wireless earbuds.

The changes with the phone are mainly cosmetic. Aside from the multi-coloured Olympic Rings positioned on the back plate of the handset, the red power button, green volume buttons, yellow earpiece and home button, and the blue camera accent – the phone is identical to the previously released vanilla version. However, the phone is preloaded with Rio 2016 Olympic Game theme and wallpapers.

It will be available for a limited run in selected countries, although no price has been revealed as yet. In the meantime, check out what we thought of the phone here during our adventure with the Samsung Galaxy S7 Edge.