Current Location: Home > News > The upcoming Redmi K40 is claimed to feature the SD 870 chipset instead of Dimensity 1200 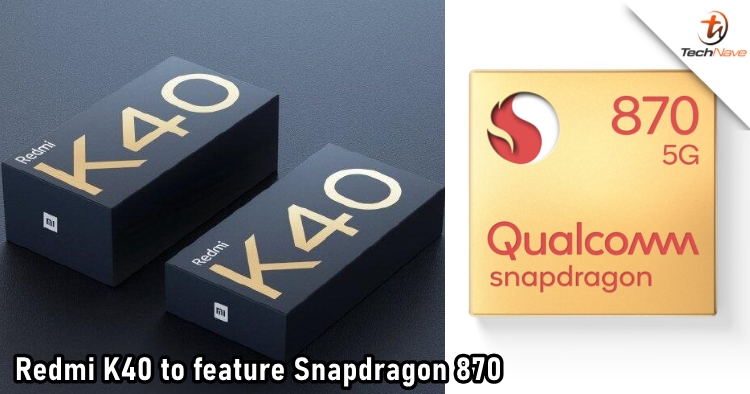 The Redmi K40 series is just around the corner with the launch scheduled to happen next month. Earlier, it was rumoured that the series would bring a device powered by Qualcomm's Snapdragon 888 chipset as the Pro variant. For the standard variant, we took a guess on MediaTek's 6nm Dimensity chipsets. However, the latest source is claiming that the vanilla Redmi K40 will use the new Snapdragon 870 chipset instead.

With some smartphone manufacturers taking out the charger from the box, it is afraid that Redmi will be doing the same as well. However, it was reported that the Redmi K40 may offer two retail box options with one of them packing the charger. For now, let's wait until the launch happens so that we can know more about Redmi's 2021 flagships.

Let us know what you think about the upcoming Redmi K40 series on our Facebook page. Stay tuned to TechNave.com for more latest smartphone news.