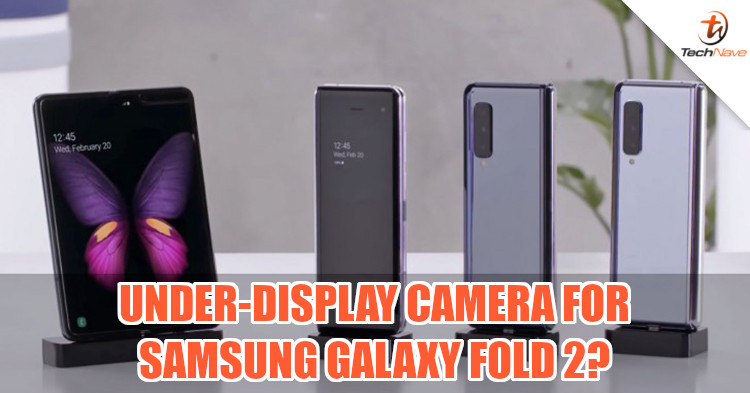 Not content with one foldable device, news and rumours continue to talk about a possible second foldable from Samsung. The latest news claims that the assumed Galaxy Fold 2 will feature an under-display camera. In other words, no punch-holes or notches, just screen.

According to IceUniverse, a Korean source is the one to hint that a new device that will be using this technology. The device, nicknamed 'Champ', is the sequel to last year's Galaxy Fold foldable device and is expected to launch in July 2020. Currently, if no other brand does so, Samsung could be the first to launch a device with an under-display camera.

According to a Korean source, the successor of the Galaxy Fold, codenamed "Champ," will use Samsung's "Under Display Camera" technology for the first time. This is the technology we have been waiting for a long time. It is expected to be released in July. bye, Hole, bye, Notch!

Of course, under-display camera technology isn't exactly new. We've already seen reports from last year of smartphone manufacturers like Huawei, OPPO, and Xiaomi are working on the technology. However, more recent Huawei P40 renders show the front cameras under a pill-shaped cutout, while the Xiaomi Mi Mix Alpha has been delayed indefinitely and technically doesn't have any front cameras.

IceUniverse is a reputable leakster, but he didn't link a source this time so you might want to take the rumour with a pinch of salt. With that said, how big of a deal is not having a notch or hole on the front to you? Let us know on our Facebook page and stay tuned to TechNave.com for more news.