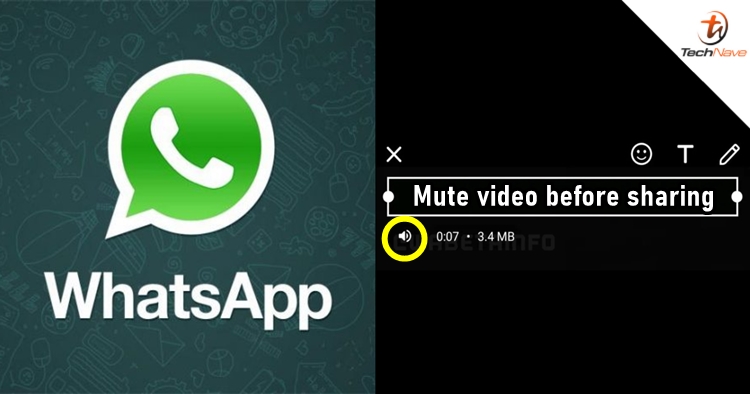 The team behind WhatsApp continues putting effort into the chat platform by developing even more new features. Last month, features such as the "always mute" option and a new storage management tool have been widely rolled out to users. It was also rumoured that "disappearing messages" could soon arrive as well. Now, several new things are spotted again including muting videos before sharing and a new "Read Later" feature.

As discovered in WhatsApp 2.20.207.2 beta for Android, users might be offered the ability to mute a video before sharing with a person or posting it as a status update. A screenshot has appeared showing that a speaker button is located beside the duration and size of the video for users to mute it before sharing.

Other than that, the WhatsApp 2.20.130.16 beta for iPhone is also hinting that the existing "Archived Chats" could soon be replaced with a new "Read Later" feature. The feature would do the same thing by letting users archive the chats. In the "Read Later" section, users can also unarchive multiple chats and there's also the "Edit Archive Settings" in the works.

Let us know what you think about these upcoming WhatsApp features on our Facebook page. Stay tuned to TechNave.com for more latest app updates.