Another 5 Things That Smartphone Brands Should Stop Doing - Part 2 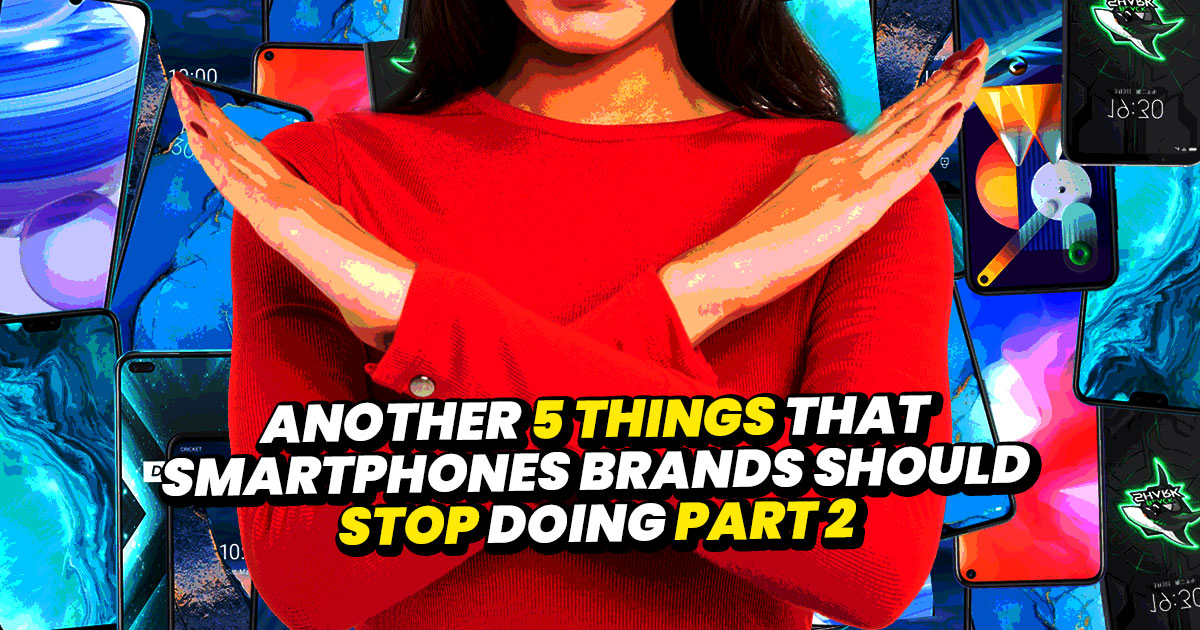 Wait, there was a Part 1? Yes, I did one and it was published 3 years ago! Many things have changed over the years in the smartphone industry and surprise, many features have become a reality and went beyond what we initially joked about. There's even a phone with 16GB of RAM now for goodness sake!

In fact, the things we listed in Part 1 (you can read about it here) are happening now and this new list probably won't make brands budge an eye. But hey, there are some stuff we need to address so here are another 5 things that smartphone brands should stop doing, part 2! Before I begin, I thought I should give a heads-up to anyone working for a particular smartphone brand reading this - we have nothing against you, we just want you to be better. 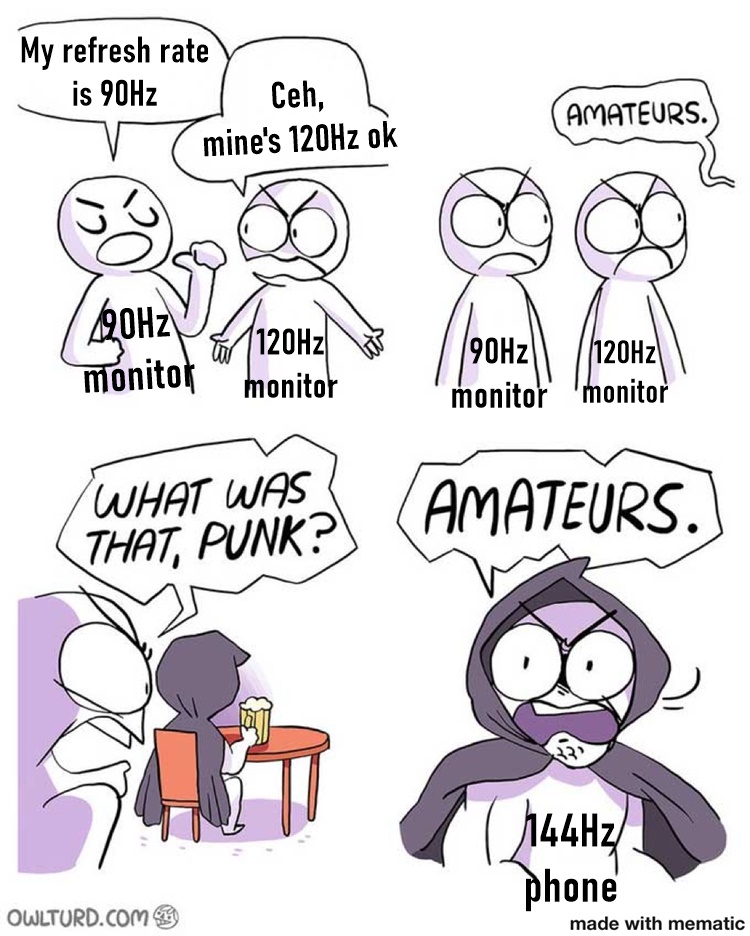 First, it was 60Hz, then 90Hz, and now most smartphone brands are just jumping on the bandwagon for having the highest refresh rate possible on a display. Having a high refresh rate on your phone is pretty cool, as it makes your display scrolling experience smoother, especially when surfing social media apps. But let's be honest - the majority of mobile apps can't even go past 60Hz.

Here's a quick lesson for the casuals on what higher refresh rate does for your phone. It simply allows you to have a smooth viewing experience on the display without any screen-lagging, so the higher it is, the smoother it becomes. Response time also plays a role and is an integral part of mobile gaming, where pixels have to keep up with the fast-paced graphics and gameplay.

While there are plenty of mobile games that can reach 120Hz refresh rate, almost all of them are relatively unknown. As for non-mobile gaming apps, not all of them are optimised for running at high refresh rates. This feature is best performed on OLED displays, provided that the GPU and CPU can support this, else it will just be a white elephant in the room wasting the phone's battery life, as well as the company's resources.

#2 Stop promoting 5G when it's not even widely available yet 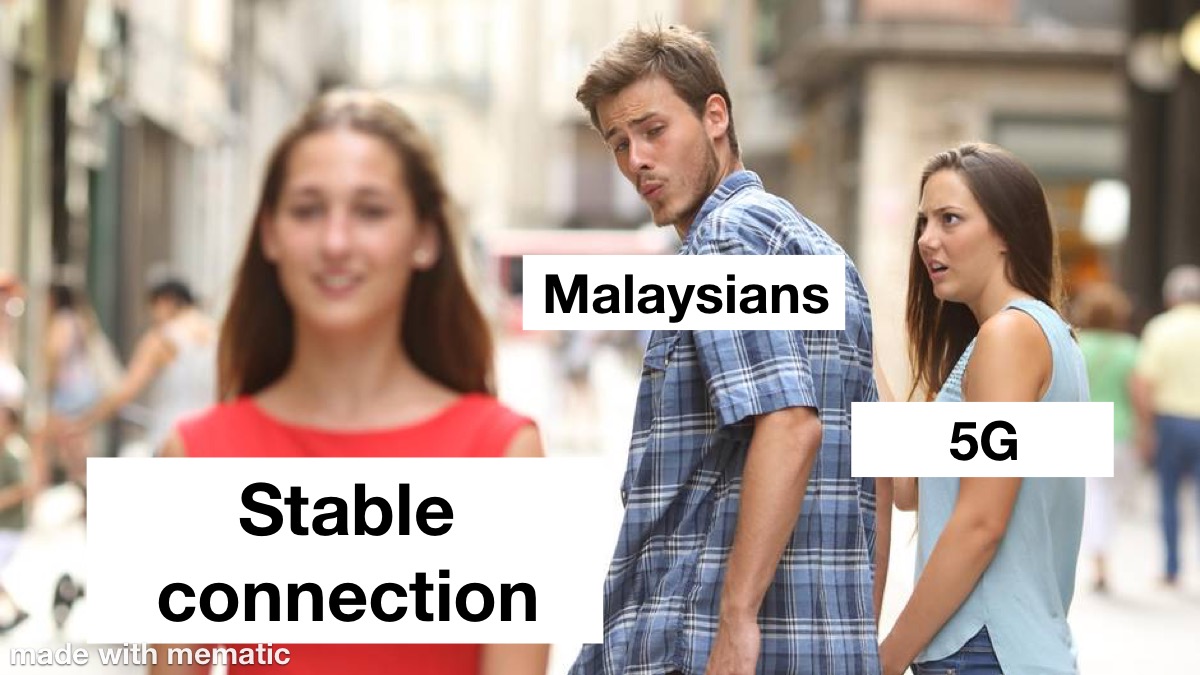 Ah, yes. The inevitable 5G technology. So hear us out first, we are really looking forward to this and have already written two articles on why you should be excited and care about it. 5G is more than just downloading media files super fast, it can also help us in many ways from having a truly connected city and improving various jobs in terms of efficiency. In other words, it can potentially be a life-changing experience.

Having 5G smartphones is an improvement and all, but... 5G is not even widely available around the world yet, let alone in Malaysia. From a marketing standpoint, putting 5G in the name makes sense but by the time 5G becomes publically available, the current 5G phones would probably be outdated in terms of software support. Moreover, 5G will probably be available only within a limited range and won't be able to reach everyone. We are probably better off buying older phones that are cheaper and in good working condition instead of those with a feature that can't be fully utilised (just saying). 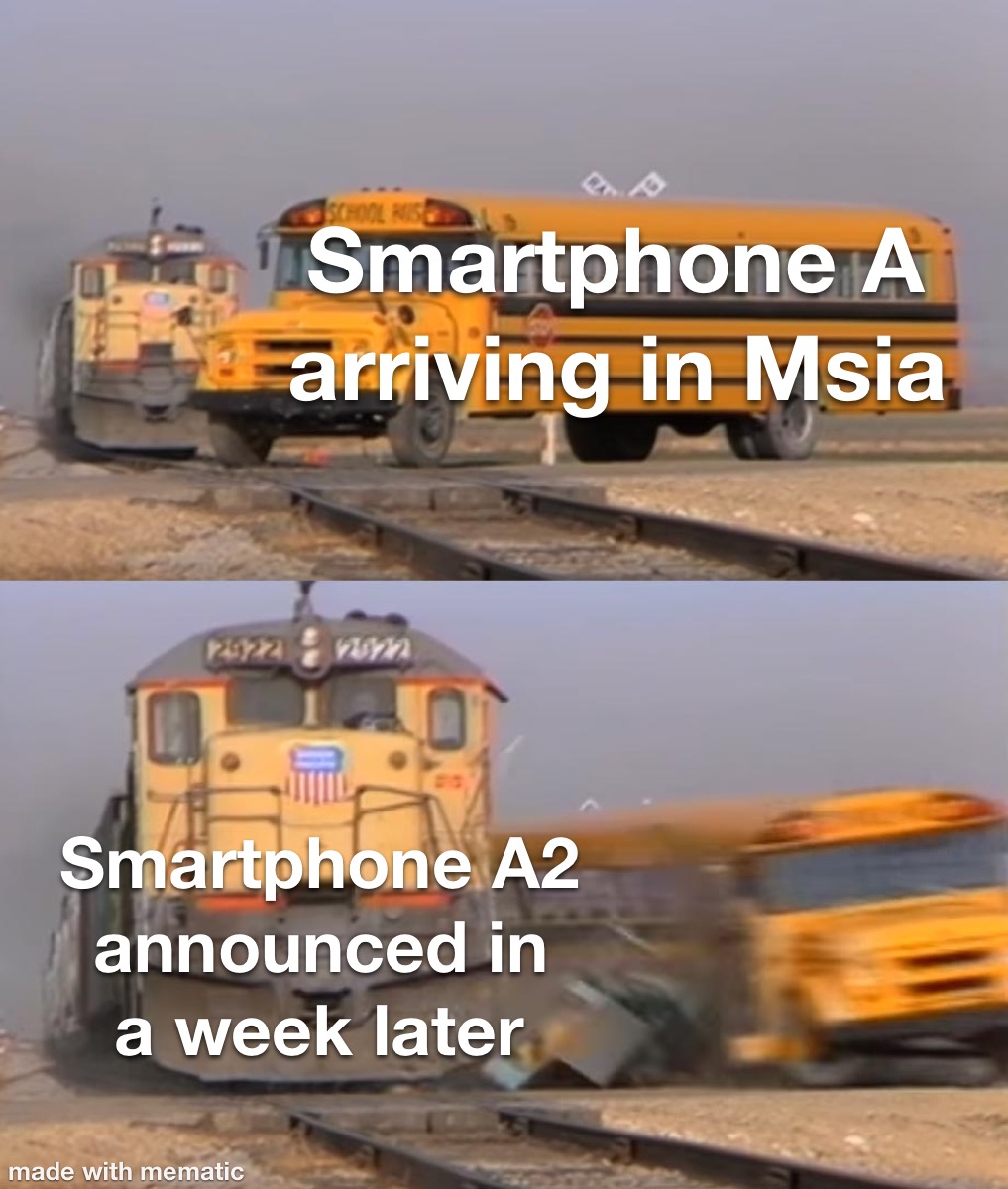 Another problem that consumers are having is that smartphone brands are obsessed with releasing their products faster than usual. I do not need to point any fingers here because 99% of the brands are doing it. By the time we have Phone A, suddenly the company launches a Phone A2 elsewhere. Or another example, when announcing Phone A3, a Phone A4 model appears out of the blue. Doing waves of phone releases in a short period of time will eventually make us feel fatigued and less excited overtime. Trust me, I'm a reviewer.

The competition in the smartphone industry is fierce, so that's one of the reasons why they have to one-up each other constantly, but do you know which brand doesn't rush things? Apple. Many make fun of Apple for being late in adopting features as they only release their flagship once a year, but other people will still buy their products regardless. Heck, their iPhone 11 dominated the shipment units by a huge margin in Q1 2020. Quantity may bring in some quick cash, but it's the quality that will make the fans appreciate a brand the most.

#4 Stop comparing yourself with other brands 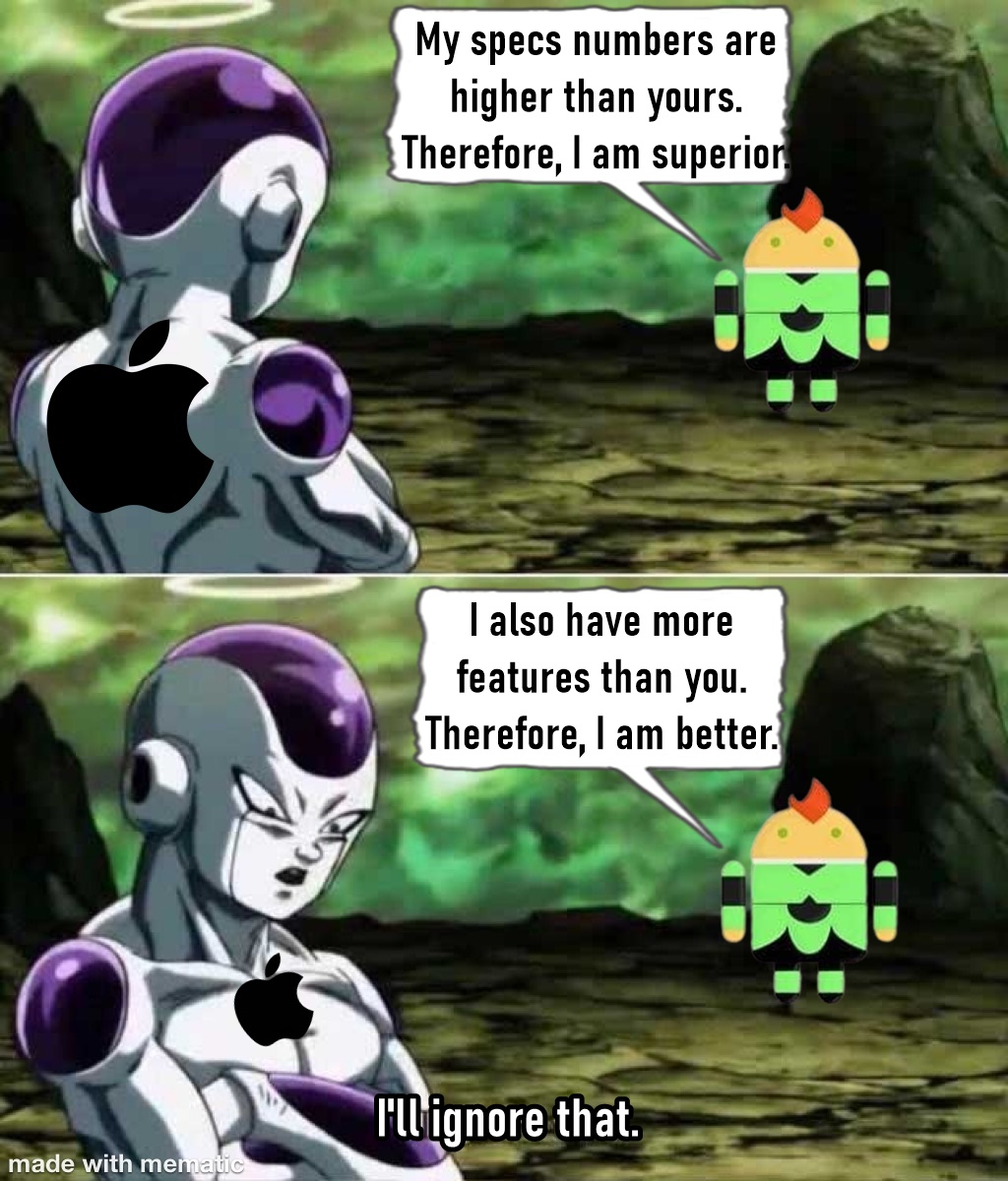 Speaking of Apple, here's one thing that many smartphone brands love doing in their presentation - comparing with other brands. If you've watched most of the phone launches online, there's a good chance they will compare their latest product with the latest iPhone. But here's the funny thing - Apple never does that and maybe they don't even care at all (until they actually broke the 'tradition' in 2019 lol).

It makes sense to promote your phone and spread awareness to the target audience, but the old age debate of Android vs iOS is getting tiresome. Comparing oranges and apples will never get anywhere and if there's one thing that we can learn from Apple's presentations (before 2019), it's that they present it with confidence and without ever needing to compare with anyone.

#5 Stop getting ambassadors who don't have passion for your products

Marketing is an important business tool because what good is a product when nobody knows about it? We have seen our fair share of celebrities being sponsored by brands, a common practice even if a one-minute video like Dior featuring Charlize Theron doesn't make sense (YouTube it) but I digress. We are not condemning this practice, however, because there's nothing wrong with sponsoring them to be the face of a certain product.

This marketing strategy can definitely pull in the fans' attention, but only to a certain degree. Fans (and consumers alike) who are wise enough can smell a mile away that their favourite celebrity could care less about the phone, especially if they aren't known for being a tech person to begin with or even worse - are doing it without passion (you will know). Also, it's not uncommon for ambassadors to get caught red-handed for tweeting about a certain brand that's not Apple's... from an iPhone.

So far, the best one (yet) that I've seen is Marques Brownlee promoting the OPPO Find X2 series. Yes, THAT MARQUES BROWNLEE, a true role model and a tech geek at heart. It's so uncommon to see him in an ad video but what OPPO did right was letting Marques be himself. If you watch the video, he did such a great job on what he liked about the phone but without shamelessly endorsing it at the same time. Not to forget, he didn't promote the phone's features as being better than other brands' flagships. Now, this is what I call a good ad.

With all that said, what do you think of our part 2 list? Do you agree with us? Are there any parts on the list that you actually don't mind? Let us know in the comments below and as always, stay tuned for more tech articles like this at TechNave.com.