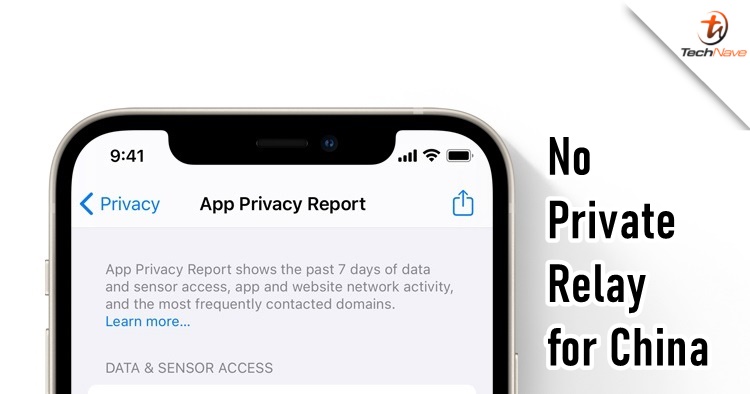 By now, most Apple fans have read the news about the upcoming iOS 15, iPadOS 15, watchOS 8 and macOS Monterey. Among all the features, all the operating system share one thing in common which is the Private Relay which lets you see how apps are using permissions that you have granted them. However, the Chinese market won't be benefitting from this at all.

According to the BBC, the reason why this function won't be available for users in China is due to regulatory reasons. Since China is a communist country, there's not much freedom online and closely monitored by the Chinese government. For the record, Google, Facebook, WhatsApp and many others aren't available there too. To recap, the Private Relay includes the App Privacy Report which lets the Apple user see how developers are using the permissions that you've granted them through the app. For example, permissions include which third-party domains they contact and how recently they made contact. Developers won't be able to trace your IP address, online activities, location and even see if you've opened the email via Mail Privacy Protection.

China is certainly a big market for Apple as the company makes at least 15% of revenue from there, so it's the compromise that Apple has to make. In other news, it appears that the App Privacy Report isn't going to be available in Saudi Arabia and Belarus as well. Stay tuned for more trending tech news at TechNave.com.