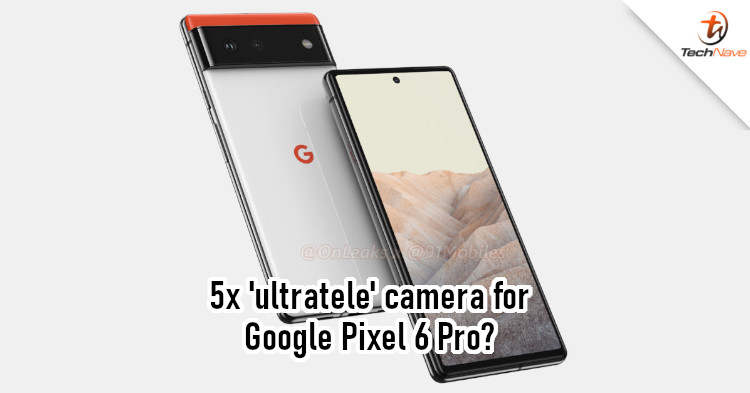 Recently, it was rumoured that the Google Pixel 6 series will launch in October 2021. Also, it's suggested that the Google Whitechapel chipset will come with the AMD GPU found in the Samsung chipset. Now, we have more details thanks to a mobile app.

According to XDA Developers, the Google Camera app reveals some new features for the Pixel 6 Pro. The new version 8.3.252 is expected to launch with Android 12 and will come with an 'ultratele' camera. Specifically, the APK has a line of code that reads "zoom_toggle_ultratele" with a 5x zoom option. If that's true, it would mean that the Pixel 6 Pro will feature a telephoto camera with 5x zoom.

In terms of cameras, it was previously rumoured the new device will have a 50MP main camera and an under-display front camera. Besides that, it's also going to have a custom chipset, an under-display fingerprint sensor, and a 6.67-inch AMOLED display. As you can tell, this is going to be a flagship smartphone packed with great features.

But will this be enough to sway more users to Google's Pixel smartphones? And will Google finally launch its devices in Malaysia? Stay tuned to TechNave for more updates on that!