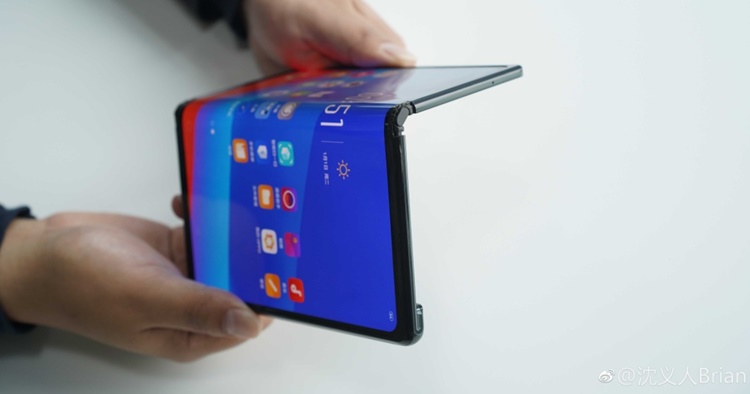 You already have seen the Samsung Galaxy Fold, Huawei Mate X, and some concept foldable phones such as the Xiaomi Mi Mix 4, Apple iPhone Z, Motorola RAZR, and even a foldable PC by Lenovo. We now welcome the latest rumour about OPPO's own foldable prototype smartphone.

Apparently, OPPO has already been working on this since last year after they filled a patent in the World Intellectual Property Office (WIPO) back in October 2018. The cover image that you're seeing is one of the folder prototype phones showcased by OPPO during MWC 2019 but concept design sketches tell a different story. Between the then and now, the difference between the two is that the latter has a pop-up camera, which allows you to snap photos when folded. While the first prototype also allows this, having a pop-up camera will certainly give more room for a bigger screen panel. It also appears that OPPO will still follow Huawei's footsteps folding design method.

Besides that, there is nothing we know of the tech specs and features, except that it will retain the 3.5mm headphone jack according to one of the sketches. But what do you think? Let us know in the comments below and stay tuned for more wacky tech news at TechNave.com.