POCO will operate as an independent brand from now onwards 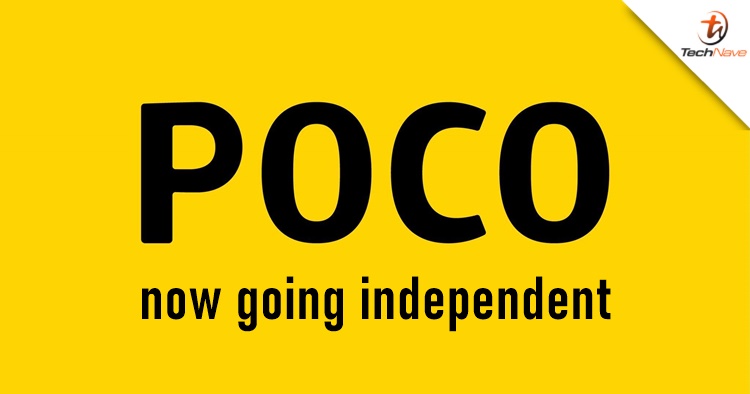 Just after POCO revealed the last smartphone launch of this year (we think), the company also announced that they will be operating as an independent brand from now onwards. They released a press statement on their social accounts not too long ago highlighting some key achievements and a letter to their fans.

In case you didn't know, Xiaomi first launched the POCO sub-brand back in 2018 and the Pocophone F1 was the first device which we really loved (read our review here). Due to the phone's popularity as the new flagship killer back then, it has been shipped over 2.2 million and in just within two years, the brand reached 35 markets globally. As of today, they have sold over 6 million POCO phones. 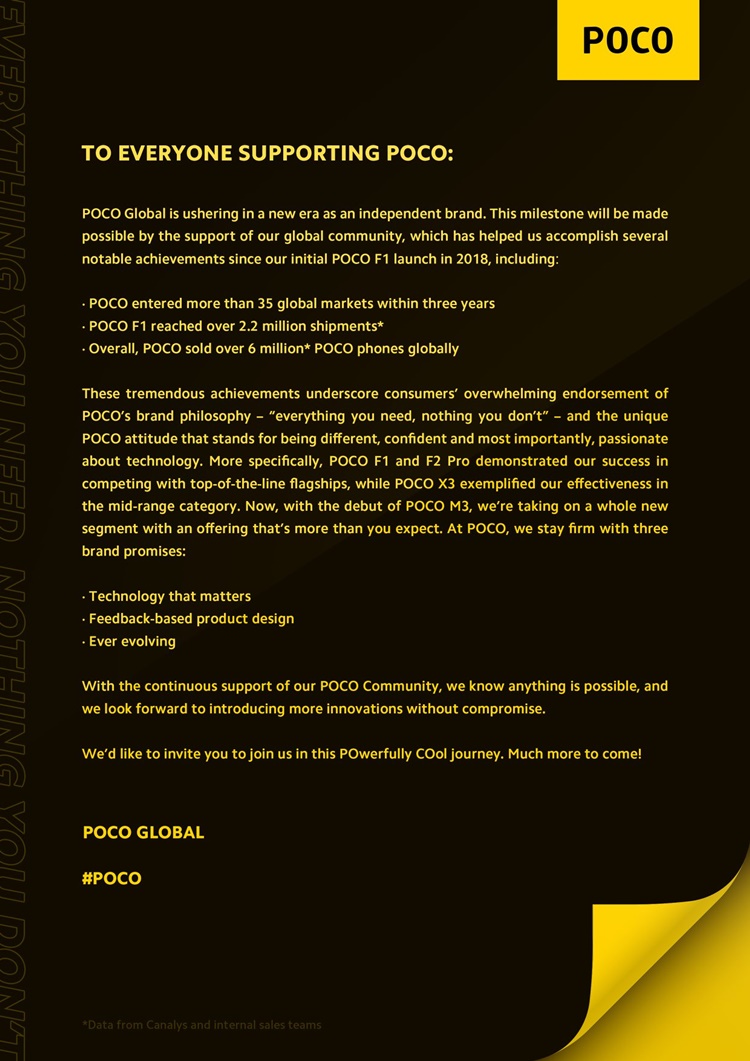 POCO also mentioned that they will stick to their three promises - technology that matters, feedback-based product design and ever-evolving. Indeed, the company made a comeback a year later with the POCO F2 Pro as the new flagship successor, the POCO X3 NFC in the mid-range category (read the review here) as well as the POCO M3 as the new budget-friendly phone with valued for money specs. Just so you know, all these phones broke the standard price segment in the Malaysian market.

We are looking forward to POCO Global's journey as an independent brand from now onwards. If you're a POCO fan, give us a holla and let us know if you own any POCO phones in the comments below. Stay tuned for more trending tech news at TechNave.com.