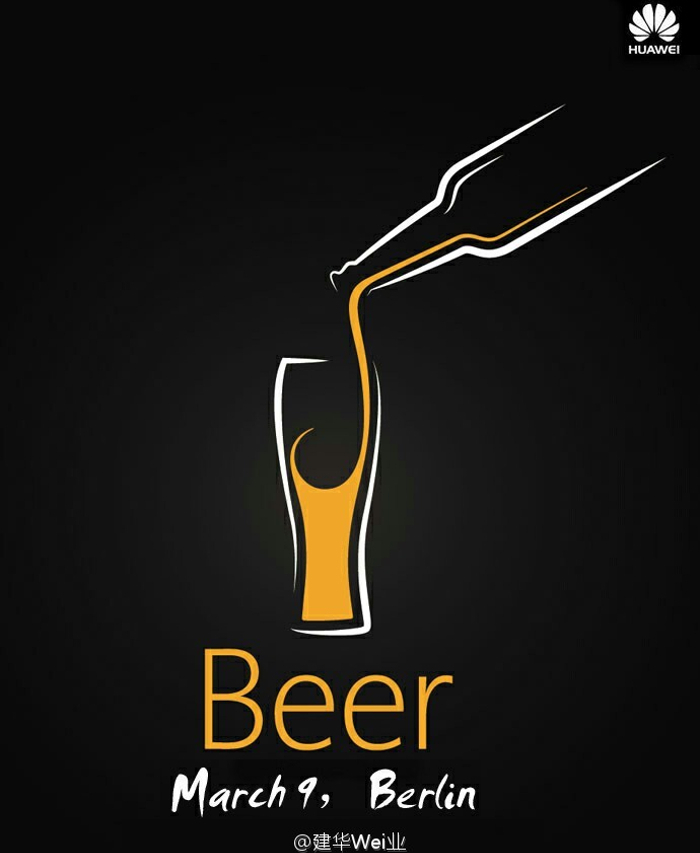 Huawei recently announced their MateBook hybrid 2-in-1 tablet at MWC but didn't really detail anything on their upcoming Huawei P9 flagship smartphone. Looks like we may see it sooner than you think as a teaser image of an invite for a Huawei event has appeared. While we're not sure what beer has to do with it, the P9 has been making the rounds in the rumour mill recently with leaks revealing tech specs like a dual rear camera estimated to be 12MP camera sensors much like the one in the Huawei Nexus 6P but perhaps with different lens like on the LG G5.

No other tech specs or features were revealed but we expect it to have the Kirin 950 (or 955) processor, 4GB / 6GB of RAM, 32GB storage and possibly a USB Type-C port. No Malaysia release dates or pricing details yet, but it is expected to come with the Huawei P9 Lite, Huawei P9 Enhanced Edition and Huawei P9 Max. Stay tuned for more details and as always with such rumours do take this with a pinch of salt.