Samsung Galaxy A31 Review - Good for all your daily tasks 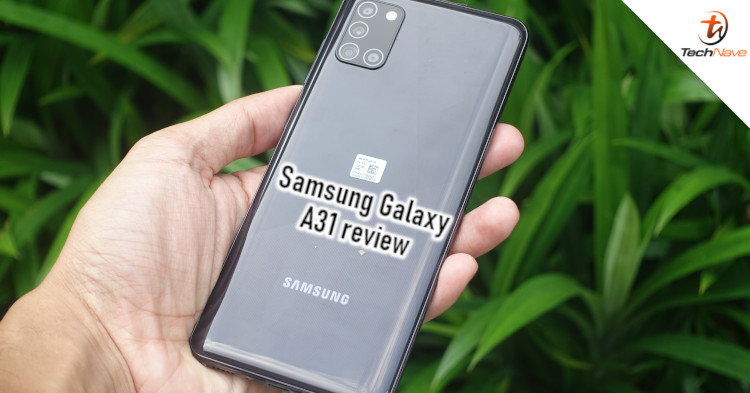 Samsung Malaysia recently launched a few new models belonging to the mid-range Galaxy A series and one of them is the Galaxy A31. Competition is fierce in the mid-range category and it's especially so this month with so many brands launching new smartphones.

So what differentiates the Samsung Galaxy A31 from other phones and more importantly, is it a good phone? Please read our review and see if it has the "Awesome Screen, Awesome Camera, Long Lasting Battery Life" as claimed by the Galaxy A Black Pink ad.

Let's take a look at the first thing you can see on this phone, its external design. Once you hold the phone, you can feel the quality of construction (build quality) is very premium. To be honest, I don't think it looks all that different from the Galaxy S20+ flagship phone I reviewed a few months ago.

The back surface feels like glass, but it's not made out of glass. Instead, it's a material that Samsung calls 'glasstic', a type of plastic that was made to look and feel like glass. Even so, I don't have any complaints when it comes to the feel of the device, because it is a mid-range phone. Although it's plastic, it looks very premium and feels like glass! 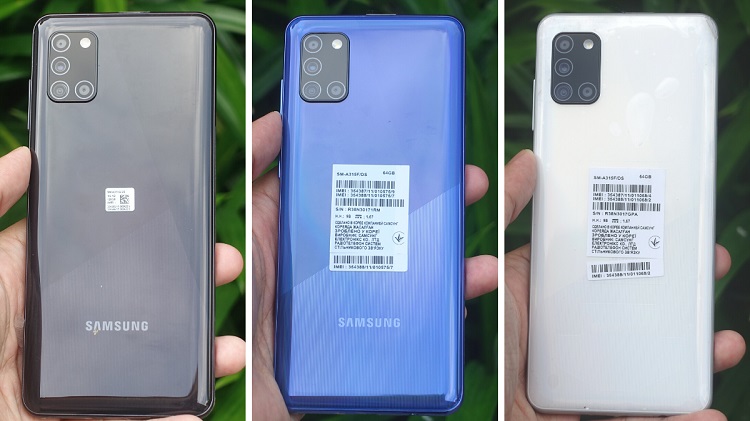 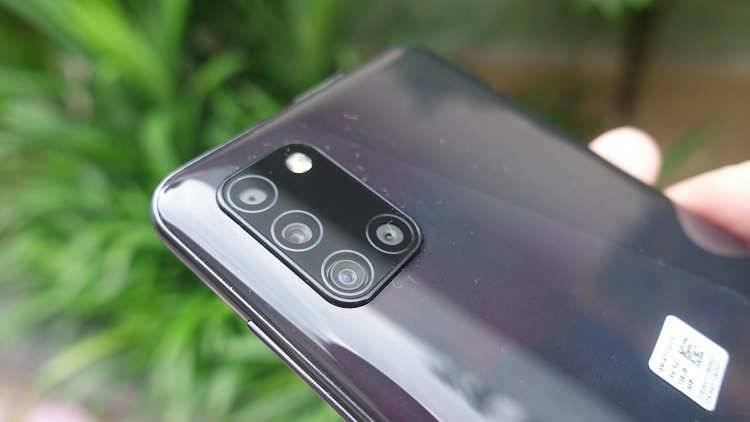 The camera bump isn't big like many other phones 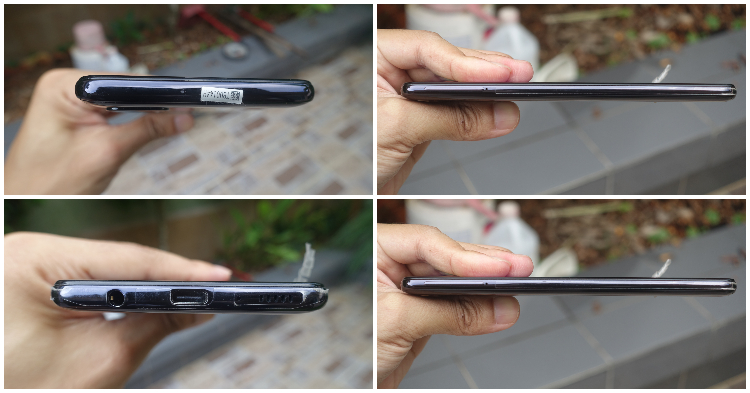 The top, bottom and sides of the Galaxy A31

At the back is the quad-camera module that bears some resemblance to the one from the Galaxy S20 series devices. But unlike the large camera bump you'd see on the Galaxy S20 Ultra, the Galaxy A31 doesn't have one that that will be too noticeable. It's still there if you look closely, but it's shallow enough that it shouldn't bother you.

For the sides, you'll see the usual suspects. On the right are the power button and volume controls, while the hybrid dual-SIM and microSD tray can be found on the left. As for everything else, the 3.5mm audio jack, USB Type-C connector, microphone, and speaker are located at the bottom of the phone.

Now let's take a look at the display, which is a 6.4-inch Super AMOLED screen with Full HD+ resolution (1080 x 2400) and a screen-to-body ratio of 84.9%. While other mid-range phones have a 90% screen-to-body ratio, it's a bit disappointing that the Galaxy A31 only has 84.9%. This is because of the thick chin of the phone, as well as the tear-drop notch at the top of the screen that houses the front camera. 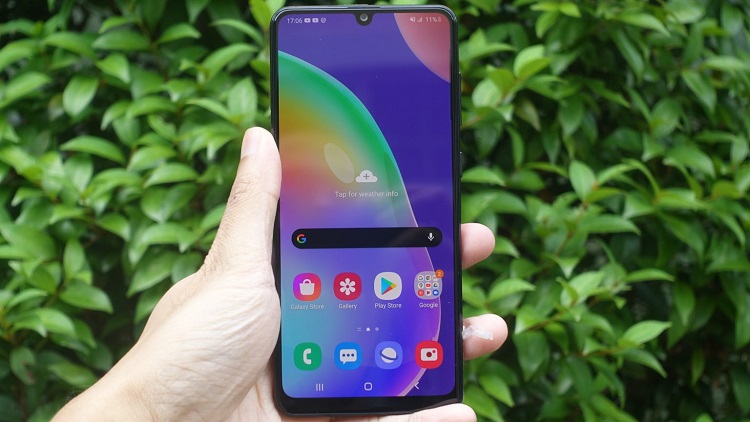 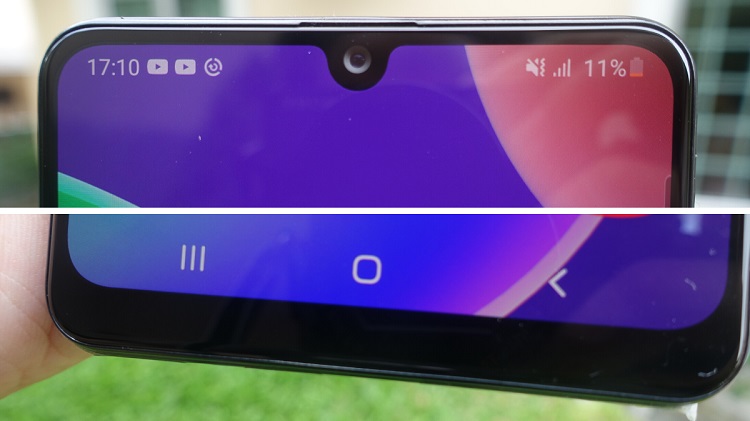 Tech specs and features - Battery life is not an issue

As we've come to expect from Samsung, the Galaxy A31's Super AMOLED display delivers beautiful visuals with vibrant colours. Despite it only having a normal refresh rate of 60Hz, the great image quality is more than enough to impress. Speaking of the screen, the phone uses an under-display fingerprint sensor that's located at the bottom of the screen.

Under the hood, the Galaxy A31 is powered by the MediaTek Helio P65 chipset, a mid-range chipset that's also found in the Galaxy A41. We'll be taking a closer look at how the chipset performs in the Performance section but we'll get to that later.

So when it comes to mid-range phones within this price range, most tend to have a quad-camera module and the Galaxy A31 is no exception. It consists of a 48MP primary camera, 8MP ultra-wide camera, 5MP macro camera, and 5MP depth sensor. As for the front, Samsung went with a 20MP selfie camera. 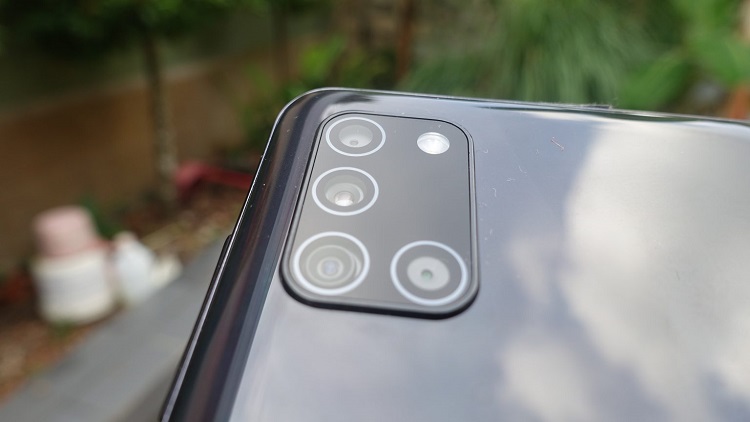 With a capacity of 5000mAh, the battery in this Galaxy A31 is quite large and you'll have no issues having it last for an entire day. The fast-charging adapter isn't as impressive as higher-end phones, of course, but 15W fast-charging is still decent.

Performance - Versatile for most tasks 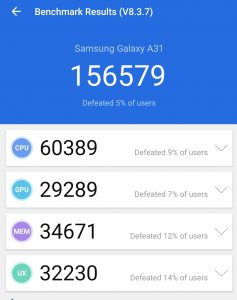 As I mentioned earlier, the Super AMOLED display delivers great image quality and great visual experience for when I watch YouTube videos, browse social media or play games. However, I had trouble using the Galaxy A31 under the bright sun. Even at the highest brightness setting, it failed to eliminate the glare. Also, I wasn't too hot on the thick bezel at the bottom of the screen.

When I played a game on this phone, I could see why its AnTuTu score was lower than the other phones I mentioned. I've tried games like PUBG Mobile and COD Mobile that won't tax the phone's chipset too much, but the frame rates were still rather inconsistent.

This does not mean that the games cannot be played on the Galaxy A31. For a smoother gaming experience, all you'd need to do is lower the graphics settings. But if you are a gamer who cares about graphics quality and smooth frame rates for mobile games, then the A31 may not be the phone for you.

With a battery capacity of 5000mAh, you'll be able to do a lot with the Galaxy A31 in a day and still have some battery left when you get home at night. During my daily usage tests, where the Galaxy A31 was fully charged in the morning, the battery usually had around 30% left before I went to bed at night. So, a big battery is one of the main draws for this phone.

However, in terms of charging it's not amazing. Samsung Malaysia forgot to pack a charging adapter for the unit loaned to us, but I own a Galaxy A50 with the same 15W fast-charger. Using that charger, it takes me almost two hours for a full charge from 5% of battery left. 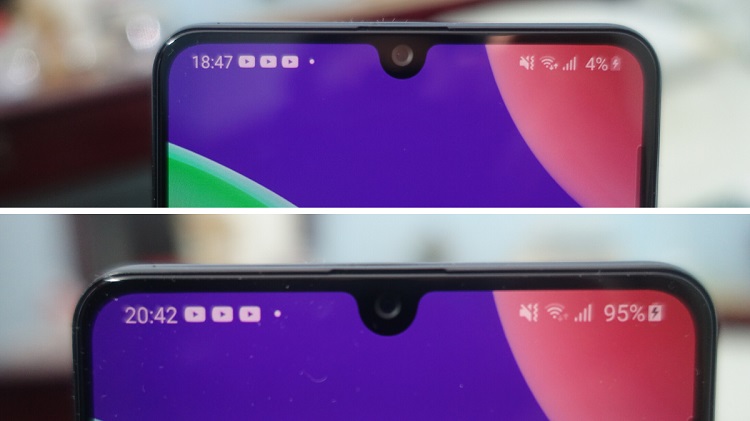 Charging from 4% to 95% takes 1 hour and 55 minutes. Charging usually takes about two hours

But what about the camera? Glad you asked. I'm happy to say that the Galaxy A31 cameras take very good photos in most situations. 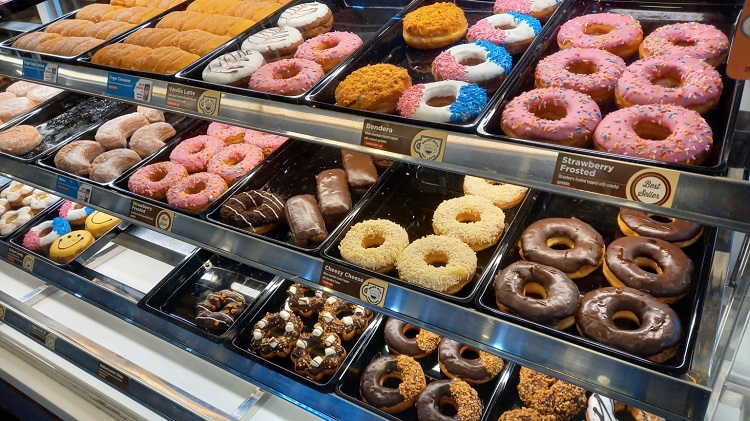 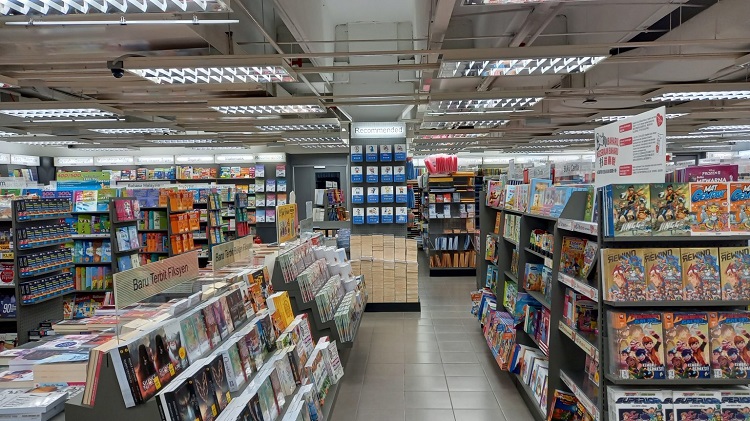 No problem with indoor shots An afternoon at the skate park 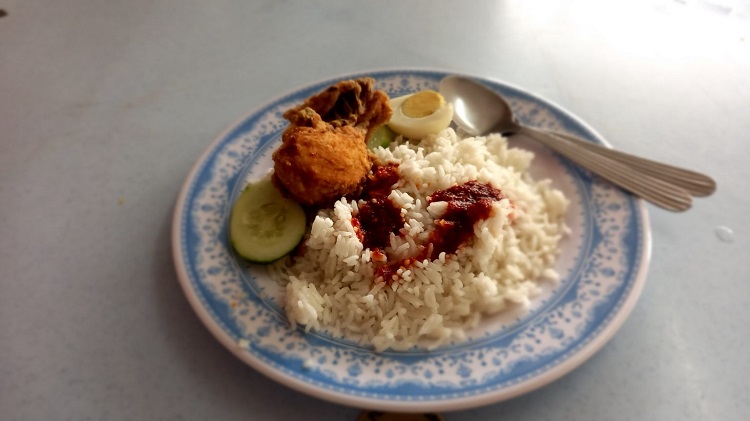 This picture of Nasi Lemak was taken using Food mode 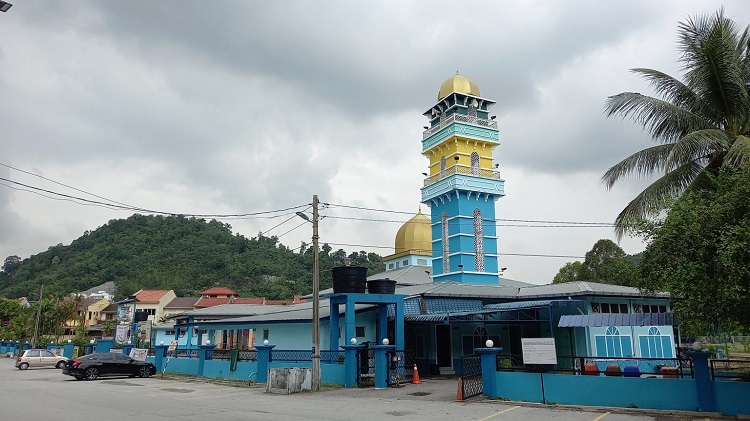 Picture of the local Masjid 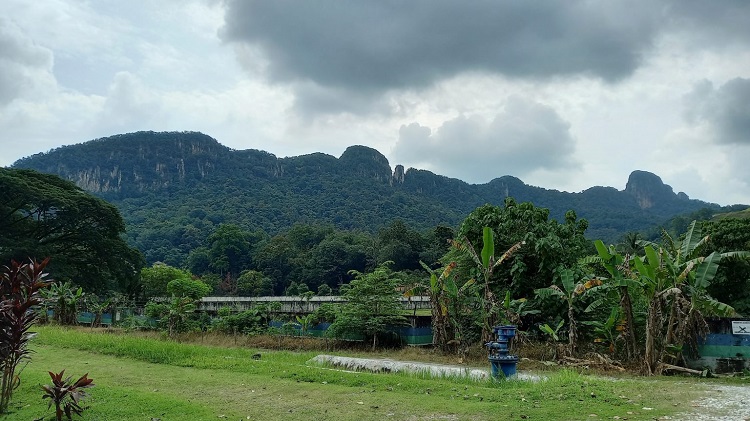 A shot of Bukit Tabur 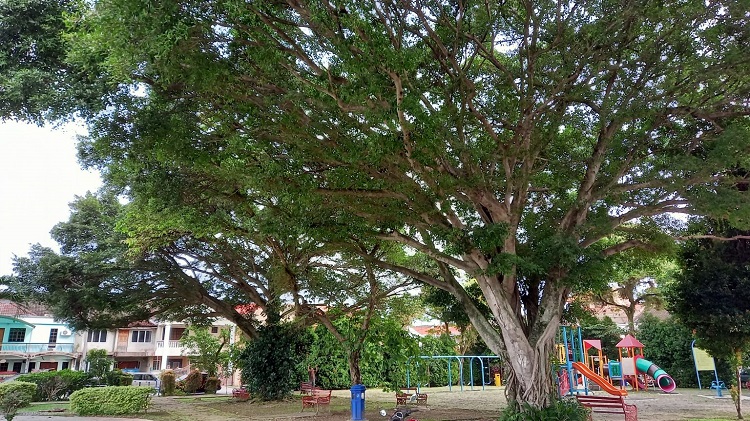 Despite the shade and going against the light, the camera could still show the details of the tree

Here are some pictures that were taken using the ultra-wide camera: 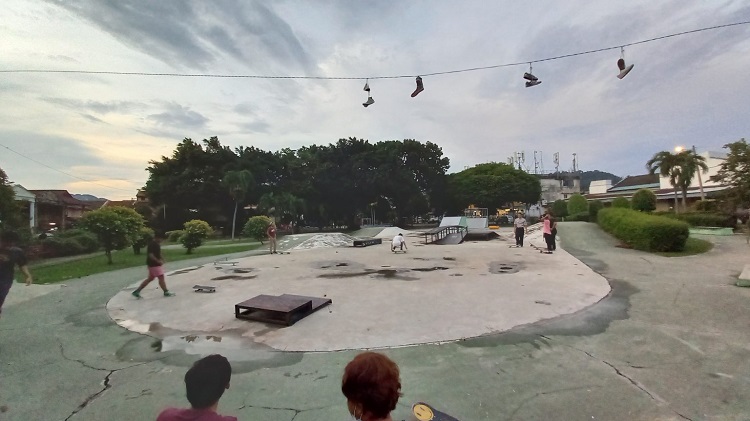 Late evening at the skate park in Lembah Keramat 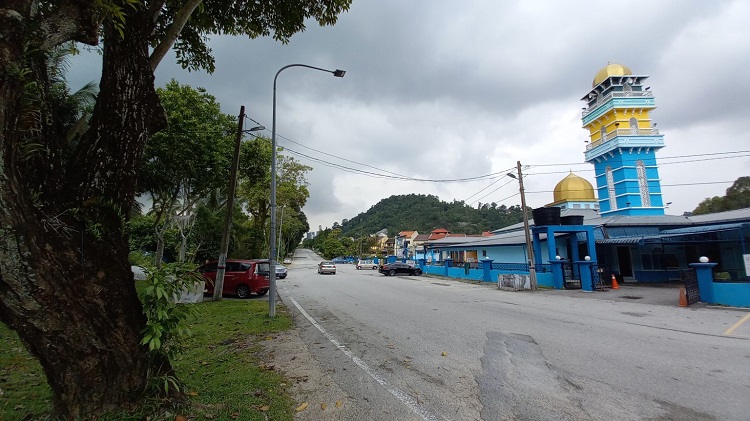 You can see some distortion here based on the Masjid in the picture, but it's not too noticeable 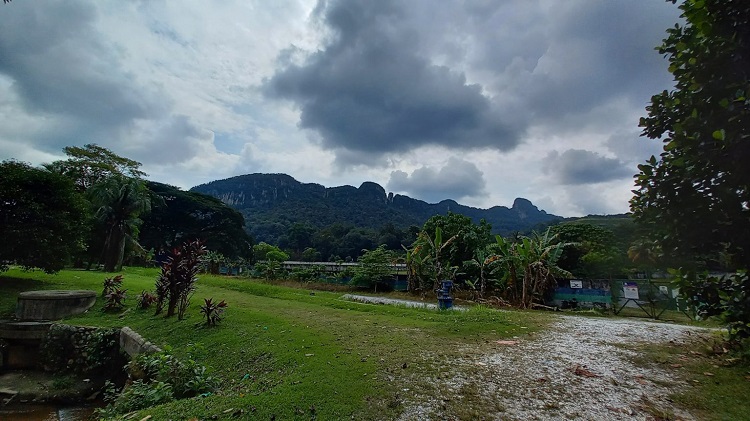 A successful shot that captured the entire range of Bukit Tabur

As for the macro camera, it was great when I wanted to take close-ups of any subject. However, I noticed that the macro camera had brighter colours than the main camera.

Take a look at the samples I took using the macro camera below: 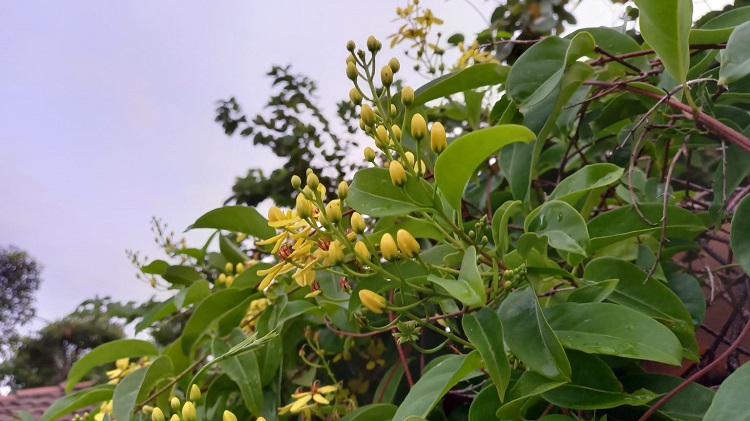 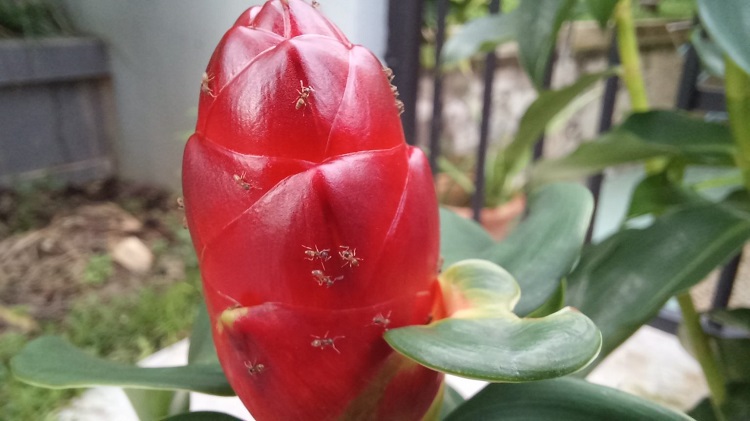 You can see the ants clearly 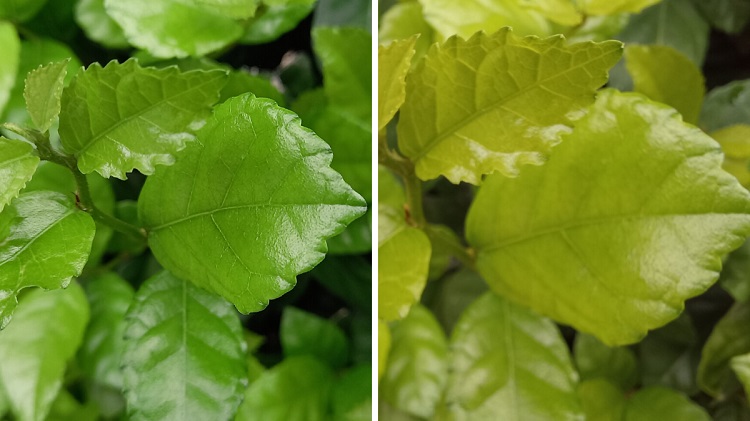 Even if the light source is poor, it's enough for the A31 to get a good shot. The following are some photos I took in low-light conditions: The light under this tree was very dim 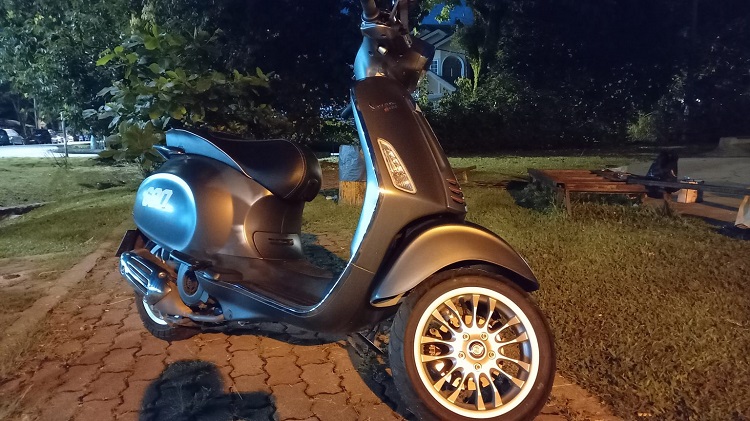 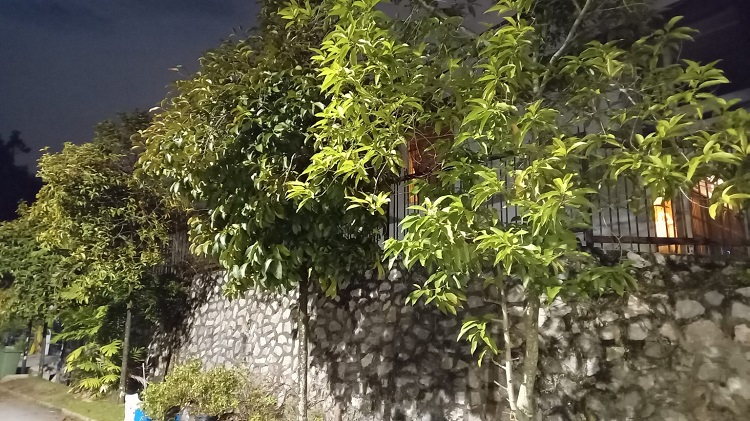 The green leaves can still be seen despite the poor lighting 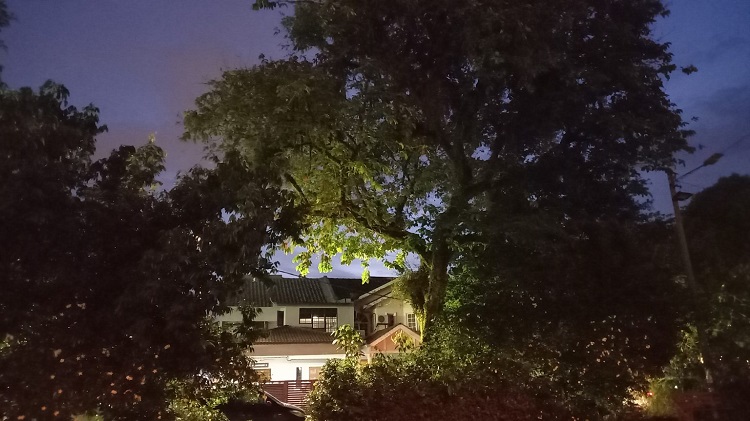 A picture that was taken in very dim situations. My eyes can't see clearly but the camera can capture the green leaves

One of the features I love is the Live Focus mode. As the name suggests, it will focus on your face while taking photos and blur the background accordingly.

Of course, we don't need to tell you why Bokeh is great for selfies. Having this feature just makes you stand out in your pictures more. However, do note that the Live Focus mode only works for photos and not videos. 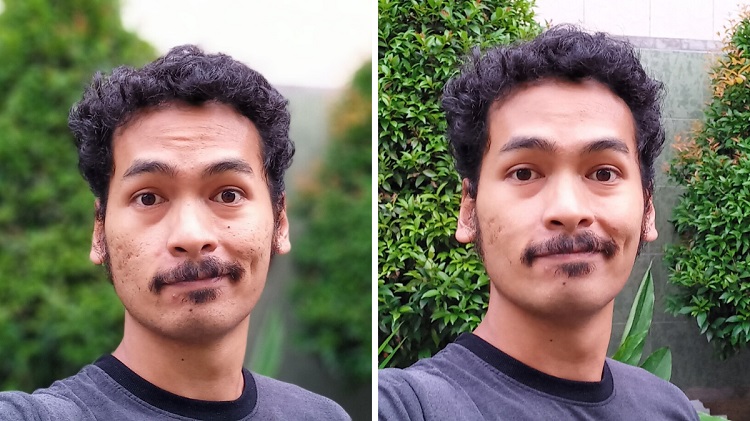 Having said that, the cameras on the Galaxy A31 might not be enough for you if you are a keen photographer. This is because the cameras don't come with a lot of features or modes other than the auto mode.

If you don't want to use the basic auto mode, you're left with Food, Panorama, and Macro modes. There's a Pro mode, but it only allows you to select the ISO, exposure value, and white balance. Also, there's no special Night mode to enhance your low-light shots. 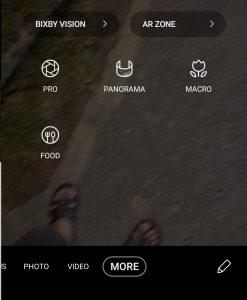 In terms of video, the Galaxy A31 is capable of recording 1080p videos at 30 frames per second. It doesn't support 4K recording, but at this price point, it's something to be expected. The video quality is good and the autofocus function is very fast.

However, it does not come with any image stabilisation. So, if you do a recording while moving, the vibrations and stutters will be very apparent in the video.

Conclusion - A good phone for most daily tasks

My experience with the Samsung A31 was very good and I recommend it if you want a mid-range smartphone that has no gimmicks and will not disappoint you when you need it. I'd got as far as to say that Samsung managed what it boasted in the Galaxy A Black Pink ad: "Awesome Screen, OK Camera, Long Lasting Battery Life."

At RM1099, it's a very good phone. However, if you are into mobile gaming or photography, you may want to find another option. For gaming, you can get the HONOR 9X or Redmi Note 9S, while for the photography you could check out the OPPO A92.

Let us know on Facebook if this review has helped you make a purchase decision. Also, stay tuned to TechNave.com for the latest news in tech and mobile gadgets.