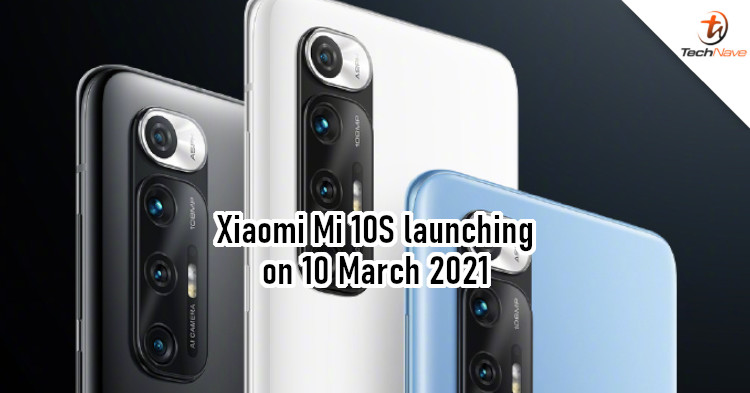 If there's a smartphone that has taken its time to launch, it would have to be the Xiaomi Mi 10S. First rumoured almost a whole year ago, sources suggested that the device would come in 2H 2020. Instead, the phone is only coming out later this week.

According to PlayfulDroid, the Xiaomi Mi 10S was spotted on e-commerce sites like JD.com. This suggests an imminent launch, which Xiaomi confirmed in a Weibo post earlier today. The phone was also found on TENAA a few weeks back, with a design that's slightly different from the regular Mi 10. 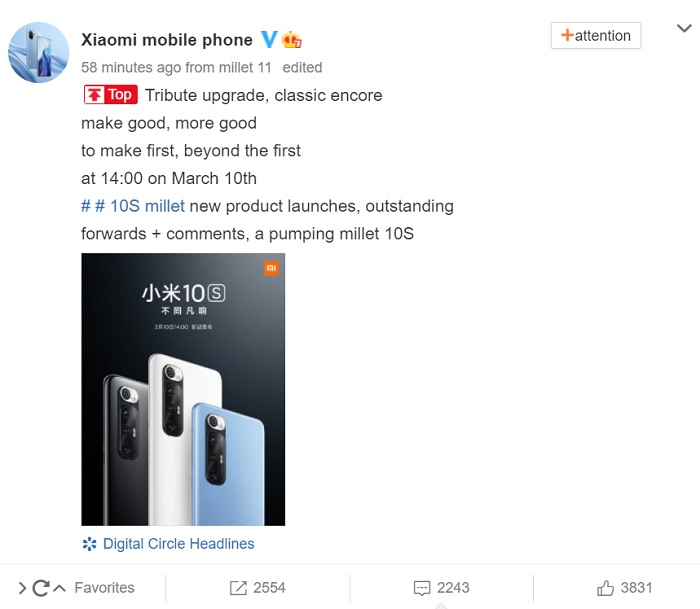 The launch date was officially confirmed

This isn't the first time we've heard about the Mi 10S too. Rumours of the variant have been popping up in recent weeks. It is expected to come with a Snapdragon 870 chipset, so it could be even more affordable than the Snapdragon 888-powered Mi 11 series. Besides that, it will allegedly have symmetrical dual speakers and 33W fast-charging.

Although it could be a cheaper model, we're not sure if it will launch globally yet. For now, we'll keep an eye out for more updates about it. Until then, stay tuned to TechNave for other news on the latest mobile devices.