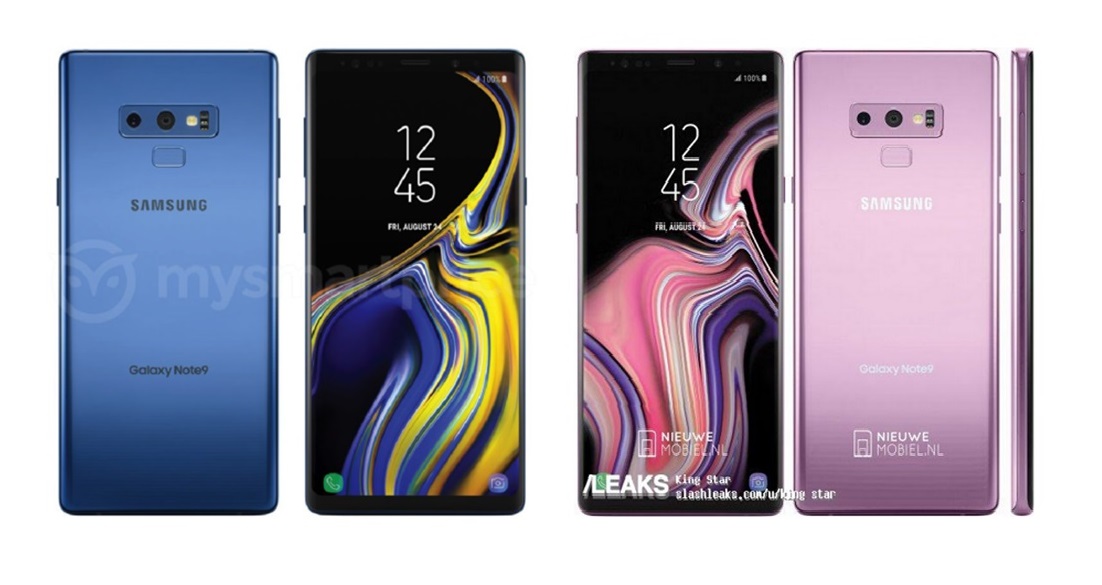 So it's Monday again, back to work but don't fret, there was a bunch of news that happened over the weekend and that'd be the Samsung Galaxy Note 9. August is inching closer and we have three different news about the phablet, a leaked render image, a confirmation on having a 4000mAh battery and a leaked Wireless Charger Duo accessory.

The leaked render image is nothing new, but this version is probably the clearest one we have seen in a while. Dubbed as the Deep Sea Blue and leaked by none other than Evan Blass, we think the phone model would quite likely look exactly like this - a horizontal dual rear camera with the LED flash beside, the main camera (most probably a 12MP sensor with Dual Pixel technology) being in the middle and the fingerprint sensor placed below. We are still not seeing the FullView display but that's fine by us, as long as there's no notch. The Wireless Charger Duo and the official document

On the other hand, the previously rumoured 4000mAh battery seems to be confirmed thanks to the National Telecommunications Agency in Brazil. While we can't really read Brazilian, the official document here says there's a 4000mAh battery on board. Not only that, there will also be a wireless charging technology as well. This one was posted by Roland Quandt and according to the product box, it can charge up to 25W which is super fast. However, this only applies to two devices charging at the same time so nope, no fast wireless charging speed there.

We are just three weeks away from the official Samsung #Unpacked2018 event. Until then, stay tuned for our coverage at TechNave.com.