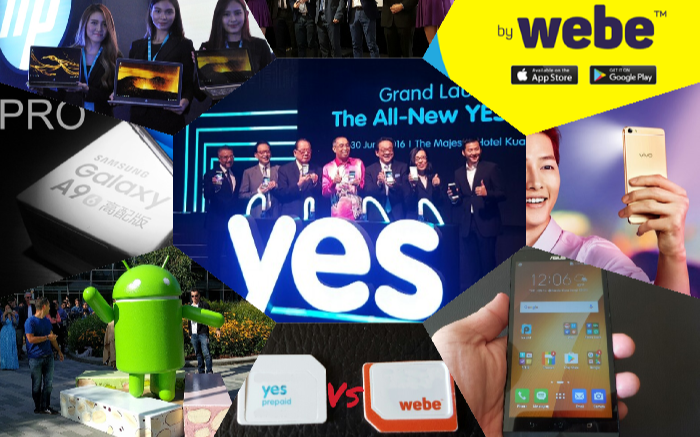 All eyes were on the new additions to Malaysia's Telcos this week when YTL launched their YES 4G LTE alongside WeBe's mobile plans. WeBe revealed a single unlimited everything plan while YTL unveiled compellingly priced postpaid and prepaid plans with a VoLTE smartphone. We compared which one was faster with a YES 4G LTE vs Webe comparison while HP had a Reinvention of Today with new laptops and printers.

Continuing on for the local side, TP-Link launched their Neffos C5 Max smartphone while ASUS announced their ZenBook Flip UX360CA laptop. Internationally, Google announced Android 7.0 Nougat while vivo announced their much teased X7 and X7 plus smartphones. The ZTE nubia Z11 went official alongside the Olympic Edition of the Samsung Galaxy s7 edge.

On the rumours side, Mr Anonymous called it with the Samsung Galaxy A9 Pro (2016) going on sale in Malaysia for RM1999. The honor 8 got teased and the ASUS ZenFone 2 Laser ZE601KL got reviewed. Expect more reviews and first impressions of the Huawei P9 Plus, honor 5C, Samsung Galaxy J1 2016, Webe digital mobile and YES 4G LTE in details and more next week as Hari Raya Aidilfitri hits Malaysia. Stay tuned for that and more at TechNave.com.