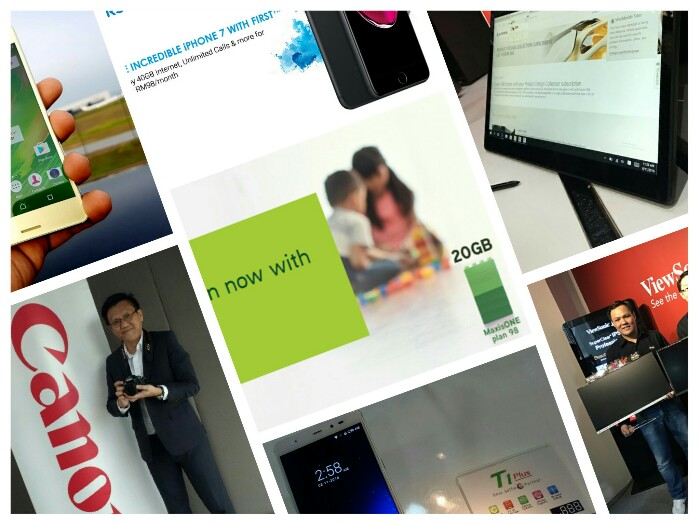 The big news this week included the fact that Maxis finally upped their game with 2x upgrades to their MaxisONE Plan and while they initially said it was RM199, Webe are now offering their unlimited mobile Internet plan for just RM79 apparently for a limited time only. Celcom offered some better Apple iPhone 7 bundles with their new FIRST Gold Plus plan.

For Malaysian events we started out the hunt for the Yes Man, and we were also on hand for the launch of the LEAGOO T1 Plus. We also check out Lenovo's latest workstations and ViewSonic introduced some affordable IPS monitors.

Internationally, Huawei are set to build a global ecosystem, while ASUS have announced their "Directed by You" contest for Malaysia and other countries to win an ASUS ZenFone 3. In China, the Motorola Moto M officially went on sale.

As promised, we have a few more reviews this time around with the Sony Xperia X review and Huawei MediaPad M3 unboxing and hands-on. We also unboxed and did a first impression hands-on video of the Samsung Galaxy J7 Prime.