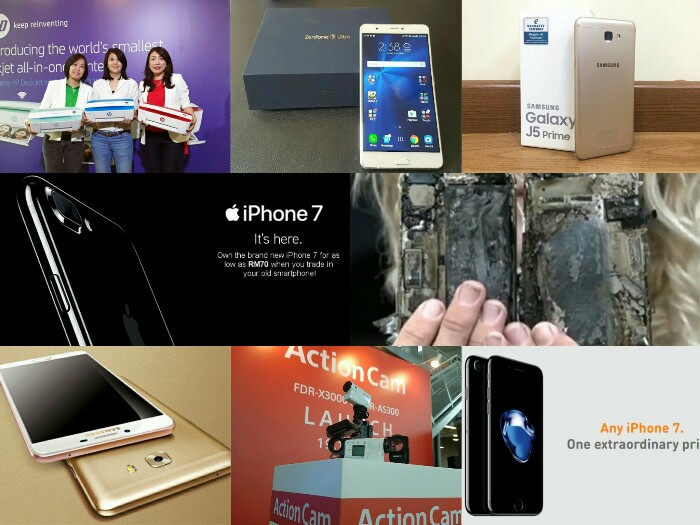 This week Malaysia saw the Bajet 2017, with a proposed increase in broadband speeds at the same price rate from January 2017, while Malaysia's telcos all came out with their respective Apple iPhone 7 deals. This includes Maxis with their trade up and RealView stock checker, along with U Mobile and their UPackage plan.

Other local news included the local sale of the Samsung Galaxy J5 Prime along with the availability of the ASUS ZenFone 3 Deluxe both for Malaysia. TuneTalk also announced their year-long data plan, Sony announced their new Action Cams and HP launched the world's smallest AiO printer. The ACER Swift 3 laptop also made an appearance.

Oppo announced their R9s and R9s Plus smartphones with 6GB RAM, while Kodak announced their more powerful Ektra smartphone. Turns out, even a week-old Apple iPhone 7 can explode and even destroy a car in the process.

As promised, we came out with the review for the ASUS ZenFone 3 Ultra ZU680KL with more reviews and tech news set for a big reveal next week. The winner of our first giveaway with Lazada involving the Honor 8 has just got her gift while the first winner for our GadgetBook giveaway has apparently been selected. We'll continue on with our second giveaway with a power-bank and laser keyboard device so stay tuned to TechNave.com to get the latest tech news, reviews, gadgets and more.