f Weekly TechNave: 2-weeks worth of tech and more | TechNave

Weekly TechNave: 2-weeks worth of tech and more 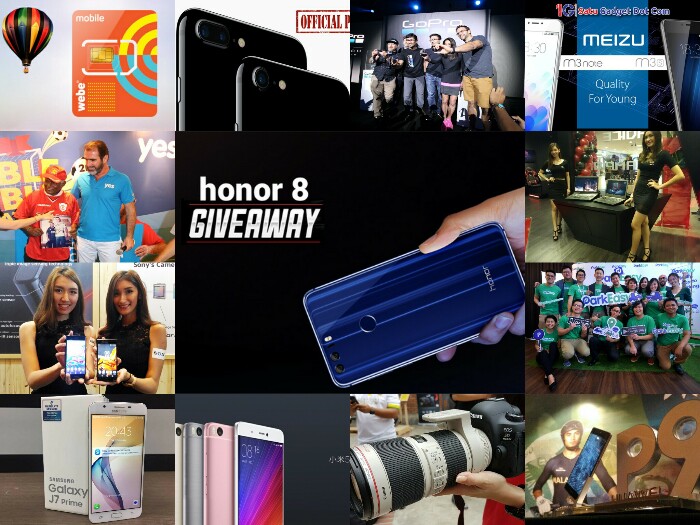 Sorry TechNavers, last week due to weekend events and issues we could not foresee, I couldn't get the Weekly TechNave out. The good news is that now we have 2 weeks of tech news and events for this week's Weekly TechNave.

Internationally, the Xiaomi Mi 5S and Mi 5S Plus got launched along with the TCL 950 and Blackberry will not be designing smartphones anymore. Samsung also officially announced their Galaxy A8 (2016). The Malaysian prices for the Apple iPhone 7 and iPhone 7 Plus got "officially" leaked, so check out our compilation page to register your interest for the telco of your choice.

Nokia is still alive with the Nokia 216 Dual SIM from Microsoft while the LG G5 also went official for Malaysia. The Blackberry DTEK50 also went live (for preorders) while the Honor 7 and Honor 7 Enhanced both got price cuts. We did our first collaboration with Lazada, giving away the Honor 8 to loyal TechNavers with hopefully more such giveaways to come.

For local events we had the MaxisONE Kid Watch and plan, Canon EOS 5D Mark IV and Olympic medalist Azizulhasni Awang appeared for a Huawei P9 roadshow. Webe came out with their 1 single unlimited everything plan and we got our hands-on a SIM to try out. The folks at YES brought in Eric Cantona for a Double Double date while GoPro announced their Hero5 family and ParkEasy wants to solve your Malaysian parking woes.

ASUS Malaysia launched their first Republic of Gamers concept store and Samsung Malaysia started the replacement roll-out for their Galaxy Note 7. Sony also launched the Xperia XZ and Xperia X Compact while Mr. Anonymous came through again with the official announcement of the Samsung Galaxy J7 Prime, complete with hands-on pics. The Meizu M3s and M3 note also arrived officially in Malaysia thanks to Satu Gadget.

On the camera side of things, quite a few cameras came out including the:

We unboxed the OnePlus 3 and got some hands-on with the Samsung Gear Fit 2 and Gear IconX. On the horizon, Google will be announcing some Pixel devices on 4 October 2016 alongside some new Alienware devices from Dell. We're also coming out with some new features for TechNave.com especially for gadget-loving TechNavers, so stay tuned for that soon.