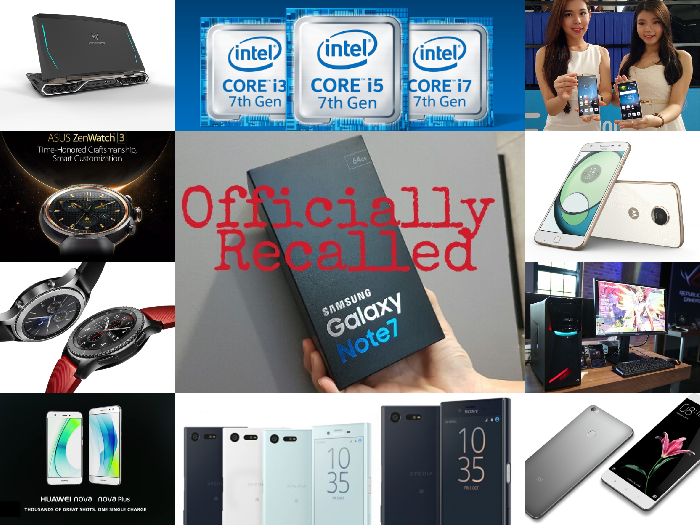 Looks like the biggest news of the week came in at the last moment as Samsung officially recalled the Samsung Galaxy Note 7 over a faulty sometimes exploding battery. It wasn't the only one suspended as Google also stopped work on their Project Ara modular smartphone.

The IFA blitz continued with the Samsung Gear S3 smartwatch, Motorola announced the Moto Z Play and Hasselblad Moto Mod, and a slew of Lenovo devices including the Lenovo Yoga Tab 3 Plus, Lenovo Miix 510 2-in-1, and the Lenovo Yoga Book.

The Honor 8 is coming on 6 September with a premium combo on 8 September while Apple have announced that their next iPhone is coming on 7 September 2016. Xiaomi announced the local arrival of their Mi Max smartphone while Celcom announced their Xpax Turbo prepaid data plans. ZTE Malaysia launched the AXON 7 flagship for below RM2K.